The future of women in science is stronger today after funding was announced for one of Australia’s most prestigious awards – the Nancy Millis Medal. 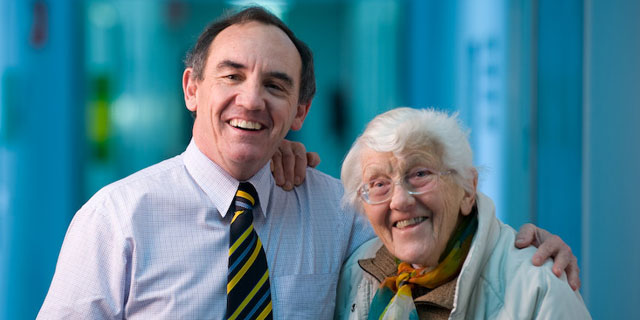 The University of Melbourne, which is providing ongoing funding for the award, hosted an event to celebrate the profound impact the Nancy Millis Medal has made for women working in science, technology, engineering and medicine (STEM).

The Medal is awarded to women who have demonstrated exceptional leadership in the areas of STEM, and is vital in achieving gender diversity in fields traditionally dominated by men.

The most recent recipient of the Award, Dr Elena Belousova from Macquarie University, said she had felt extremely honoured and humbled when receiving this important and prestigious Award.

“As a recipient, I had the opportunity to meet Australia’s foremost scientists, and learn about their outstanding contributions to the national science,” Dr Belousova said. “It was certainly a very inspirational and enlightening event in my research life.”

President of the Australian Academy of Science, Professor Andrew Holmes, said what began with a small group of Prof Millis’ colleagues coming together to create an award to celebrate her work, has now become one of the organisation’s most popular awards.

“More than 100 remarkable women have already been nominated for the Medal in its short life span,” said Professor Holmes.

“This is the second Medal awarded by the Academy to acknowledge leading women in STEM, and we hope that we can work harder to support many more through our Awards. The Academy is very proud to be a partner with the University of Melbourne in celebrating and nurturing these leaders, and it is extremely grateful for the strong financial support of the award.”

Deputy Vice Chancellor Professor Jim McCluskey said the university was proud to honour Professor Millis, who was a national figure, an alumna (studying at University of Melbourne in the 1940s) and a member of the Department of Microbiology between 1952 and 1988.

“Professor Millis was a wonderful scholar and a great character. The obvious traction the Medal, named her in honour, has for women in STEM would have made her both proud and humble.”

Provost Professor Margaret Sheil added, “While an icon for all Australian microbiologists, Professor Millis treated discrimination with disdain, saw integrity as a guiding principle and was quick to promote youthful endeavour. She led with distinction various national committees that dealt with key STEM issues like the emergence of molecular biology and its sensible governance. She would be delighted to think that a medal struck to recognise the accomplishments of female scientists was so actively pursued.”

The Nancy Millis Medal was established in 2014 to honour the contributions made to science by the late Professor Nancy Millis AC MBE FAA FTSE and recognises her importance as a role model for women aspiring to be research leaders.

Professor Holmes said with donations and support from other organisations and the public, the Academy of Science has been able to do so much more to further its work to achieve gender equality in STEM careers.

For more information on the award, and on the Academy’s work to support excellence in science, visit www.science.org.au