Named 2019 Melburnian of the Year, Bronwyn King is working to ensure tobacco-free investment is the standard across the Australian superannuation industry.

Bronwyn has a ceaseless determination to see a world free from tobacco. She has already funneled $1.3 trillion away from tobacco companies. That in itself is an enormous achievement.

Having studied an MBBS at the University of Melbourne, Bronwyn has worked as a radiation oncologist and witnessed hundreds of patients dying from tobacco related disease. And in 2010 - when she discovered that her industry super fund was investing her superannuation in tobacco - she founded Tobacco-Free Portfolios.

“It just seemed so absurd that I would be going to work every day trying to help people suffering as a result of tobacco and yet at the same time my money was being invested in the companies that made the products that were killing them,” she says. 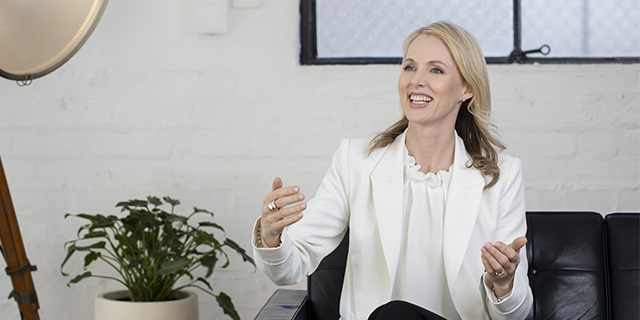 Through this platform Dr King has encouraged more than 150 leading global financial organisations in more than 20 countries to implement tobacco-free finance policies spanning lending, investment and insurance. This action has seen finance leaders stand alongside the health and government sectors in actively contributing to global tobacco control.

Many Australians however still - unknowingly - invest in tobacco through their superannuation funds, pension schemes, banks and insurers.

People think the issue of tobacco is solved but it is not. Globally, about 22,000 people die every day as a result of tobacco. Can you imagine if anything new killed 22,000 people in one day? There is a disconnect and complacency and I still don’t quite understand why that exists. I am trying to change that.

Bronwyn has received countless awards in recognition of her outstanding expertise and accomplishments. Most notably:

Dr King’s passion for health was ignited during her early career as an elite swimmer for Australia. At 14 years old she was training in the gym at her swimming club when a picture on the wall of the muscles of the human body caught her eye. She was fascinated – and tried to work out which muscles she needed to strengthen so that she could swim faster.

“I made a photocopy of this picture and went home to memorise all of the muscles in the human body. I’ve been fascinated with human health ever since,” Bronwyn reflects.

Working as Team Doctor for the Australian Swimming Team for over 10 years, Bronwyn is now actively involved in a range of other community and health initiatives. She is the Tobacco Control Ambassador for Cancer Council Australia, an Australia Day Ambassador, an Ambassador for Big Brothers Big Sisters Australia and a fellow of Leadership Victoria’s Williamson Community Leadership Program.

Bronwyn is indeed an amazing role model – for all of us. She is an amazing example of what you can do when you put your mind to something and the capacity of one individual to impact the future and truly make a difference in the world.

Bronwyn’s medical career and the trajectory she found herself on, started here at the University of Melbourne. She exemplifies how diverse your career path could be beyond study.

We invite interested members of our biomedicine community to join us in conversation with Dr Bronwyn King as part of our School’s 5 Year Anniversary celebrations on Thursday 27 February 2020.