Papua New Guinea (PNG) has one of the highest localised snakebite rates in the world. In some parts of PNG, snakebite mortality rates can be three times higher than those from more notorious diseases such as malaria or tuberculosis. In southern PNG, Papuan taipan snakes (Oxyuranus scutellatus) cause more than 90% of all cases of “envenoming” (venom-induced injury) admitted to Port Moresby General Hospital. This single cause of injury accounts for 60% of all ventilator bed-days in the hospital’s intensive care unit (ICU). Up to 63% of snakebite victims in PNG are less than 25 years of age and nearly half of all fatalities involve children. Injuries suffered include spontaneous bleeding, irreversible paralysis, and sometimes muscle damage, heart rhythm problems and acute kidney injury. Despite these dire statistics, snakebite is a treatable disease, and early administration of effective antivenom can be life-saving. Snake antivenoms have been used in Australia and PNG for more than 70 years, but the very high cost (~US$1,500 vial) of current products limits access to these essential medicines in PNG, resulting in chronic shortages and supply failures. Since 2004 the University of Melbourne, in partnership with the University of Papua New Guinea (UPNG) and Port Moresby General Hospital has sought to address the problem of snakebite in PNG.

Our PNG Snakebite Research Project (PNG-SRP) provides us with a unique capacity to undertake clinical investigations of snakebite envenoming that generate insight into the complexity of the pathologies caused by bites from Australo-Papuan venomous snakes such as taipans (Oxyuranus scutellatus), death adders (Acanthophis spp.) and brown snakes (Pseudonaja textilis) and the challenges and rewards of evidence-based clinical management using antivenoms and supportive care.

This project operates the only single-centre clinical envenoming research facility in Australasia. Our snakebite clinic at Port Moresby General Hospital treats between 350-400 cases of snakebite each year. Whilst the primary motivation of this work is to save lives, the abundance of envenomations creates an ideal environment in which to recruit adequate numbers of cases to undertake investigations of clinical syndromes of envenoming that can inform the treatment of snakebite not just in Papua New Guinea, but also in the neighbouring Indonesian Papua Province and Australia. In addition, we operate a laboratory and serpentarium (the Charles Campbell Toxinology Centre; CCTC) at the School of Medicine and Health Sciences within the University of Papua New Guinea where we conduct basic venom, snake biogeography, epidemiological and clinical laboratory research projects. We train UPNG undergraduate and postgraduate students, including doctors completing their Master of Medicine projects.

Our approach is to employ a multidisciplinary approach that embraces research, public education, health worker training, and improved treatment of envenomed patients. The primary goals are to reduce the number of deaths due to snakebite, and to improve overall patient care so that mortality and morbidity are reduced and victims of accidental envenomation are able to resume their normal lives. To achieve these goals, we aim to: 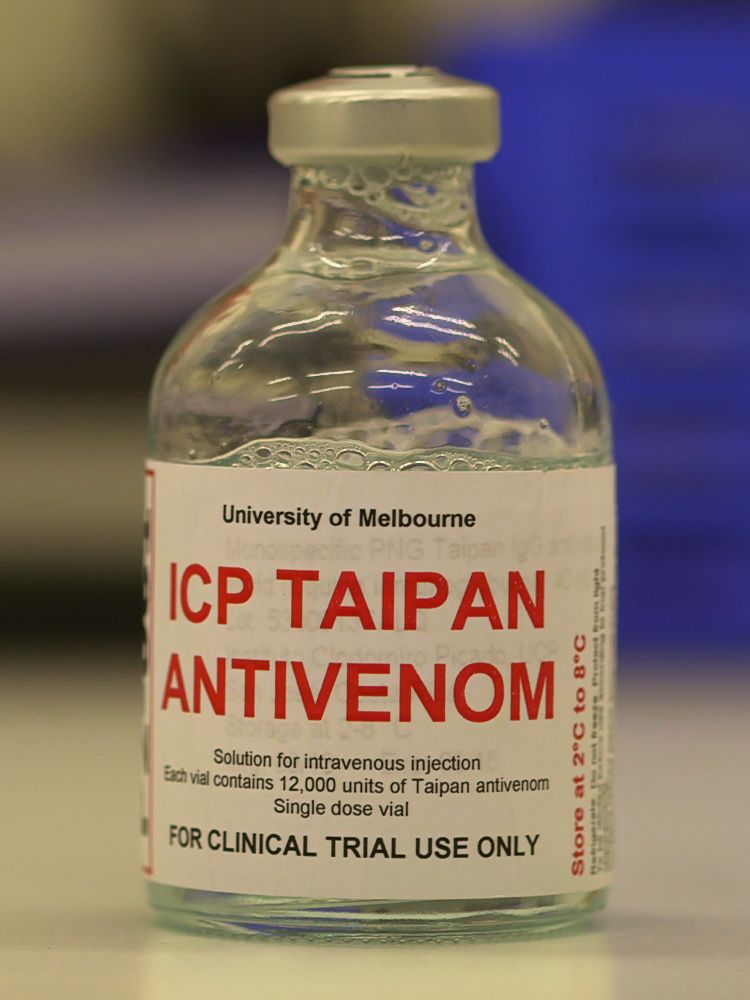 Our major achievement to date has been the collaborative development of a new antivenom for use in the treatment of Papuan taipan envenoming. Supplied at a cost of approximately US$300/vial, the new antivenom will substantially reduce current treatment costs, thus improving the availability of the only effective treatment for snakebite and improving patient outcomes. Phase I clinical trials were completed in 2014, and a larger Phase II clinical trial was completed in 2016. 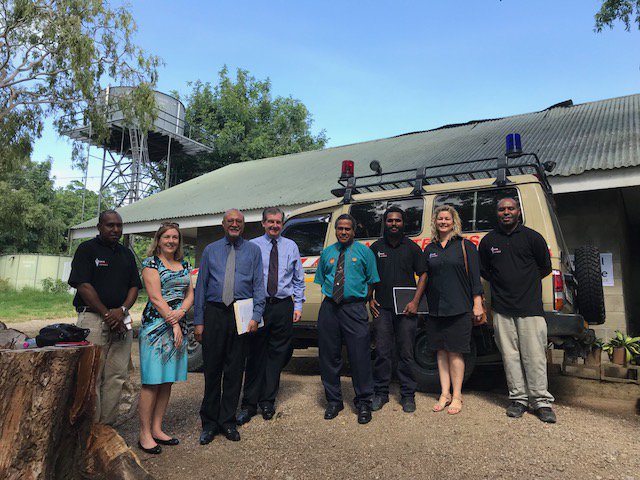 Snakebite remains a significant problem in PNG and World Health Organization data states that around 1000 deaths from snakebite are reported annually. The species that cause the most snakebites are the Papuan taipans and death adders. Taipans are common in the coastal savannah grasslands of southern PNG and predominate in Central Province, NCD, Milne Bay Province, eastern Gulf Province and South- and Middle-Fly regions of Western Province, but are not present in any other regions of PNG. Death Adders are present in all mainland Provinces and are the most frequent cause of envenoming and death outside of the southern coastal provinces.

The recently launched PNG Snakebite Partnership is a three-year project that will involve the National Department of Health (PNG), the Australian Government, Seqirus Pty Ltd, and the Australian Venom Research Unit (Department of Pharmacology & Therapeutics) at the University of Melbourne. Seqirus which is a subsidiary of CSL Limited (ASX:CSL), will provide an annual donation of 600 vials of snake and marine creature antivenoms to PNG. This is more than triple the amount of antivenom currently purchased annually by the PNG National Department of Health and the donation is valued at more than PGK2.5 million annually.

The large antivenom donation combined with healthcare worker training, together with a specialised cold chain distribution system (including product management and data collection) will significantly improve access to antivenoms in PNG.

The Australian Government will support the distribution and storage of the antivenoms and training of health personnel on snakebite management which will be delivered through the services of AVRU’s PNG translational research facility, the Charles Campbell Toxinology Centre (CCTC).  The CCTC, which is a collaborative partnership between the University of Papua New Guinea and AVRU, operates the snakebite clinic at Port Moresby General Hospital and will offer two new postgraduate Master of Medical Science Scholarships to UPNG students. It is intended that recipients of these scholarships will participate in comprehensive monitoring, evaluation services and health worker training in snakebite management in the future.

The PNG Snakebite Partnership illustrates the continuing vital role that the AVRU has in the management of snakebites in PNG.