On a world scale, Australian scorpions are relatively innocuous, with very  few deaths reliably documented as related to scorpion stings.  Local pain and swelling are the major clinical problems following Australian scorpion stings.   First aid consists of the application of iced water and analgesia if required.  The scorpions of central and south America and Africa are much more dangerous, with thousands of fatalities and serious illnesses occurring every year in these areas in relation to scorpion envenomation.

Distributed throughout Australia, tending to be larger in the warmer northern areas 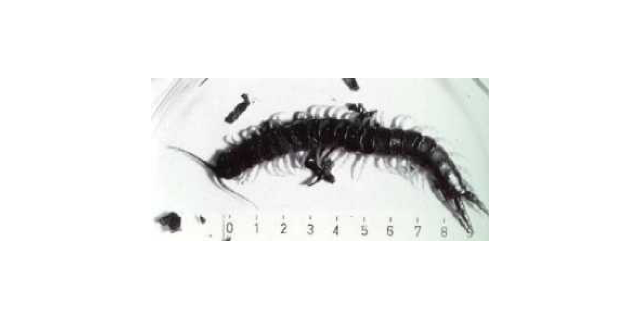 Centipedes bites may be painful, especially those inflicted by the larger northern species. Millipedes may exude alkaloid-containing haemolymph from their joints when threatened.  This may be irritant to the skin and cause skin lesions, often in characteristic circular shapes.

Found throughout Australia and the rest of the world, and are common in urban gardens

The venom is usually associated with only local effects, but systemic illness, and even death, have been reported, although no fatalities have been recorded in Australia.  No specific first aid treatment is recommended beyond the application of ice water or packs for local symptom relief.

Many Australian and overseas beetles produce toxic or irritant substances in venom, saliva or haemolymph.   Allergy to these substances may cause problems for individual patients, who may require treatment with antihistamines or even adrenaline in severe cases. Irritant substances are common, and local pain or itch may be relieved by the application of ice packs or iced water.  Whiplash rove beetles (Paederus sp.) are particularly associated with severe exfoliative dermatitis.