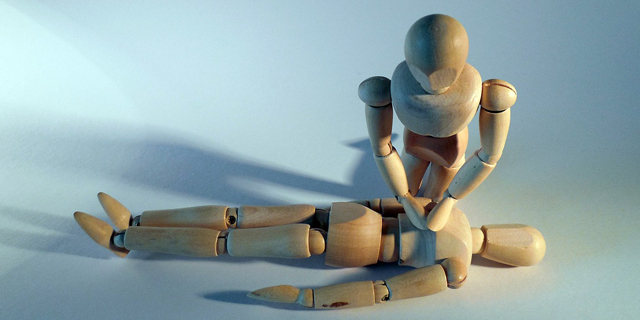 This is for reference and education only, if you have an emergency please call 000 immediately. For medical information please call the Poisons Information Centre on 13 11 26.

The pressure-immobilisation first aid technique was developed in the 1970's by Professor Struan Sutherland.  Its purpose is to retard the movement of venom from the bite site into the circulation, thus "buying time" for the patient to reach medical care.  Research with snake venom  has shown that very little venom reaches the blood stream if firm pressure is applied over the bitten area and the limb is immobilised. Pressure-immobilisation was initially developed to treat snakebite, but it is also applicable to bites and stings by some other venomous creatures. It is currently recommended for most life threatening venomous bites and stings in Australia.

How to apply pressure-immobilisation first aid

First Aid for snakebite (all land and sea snakes)

Many cases of snake bite can be avoided by following these simple rules:

There is no nationwide recommendation for jellyfish stings and the appropriate first aid depends on the species responsible for the envenoming.

The effects of jellyfish stings range from mild burning to loss of consciousness and even death. The most severe cases in Australia have been associated with the box jellyfish, Chironex fleckeri, the Irukandji jellyfish, Carukia barnesi.

Box jellyfish antivenom has been shown experimentally to neutralize Chiropsalmus venom, but clinical experience is lacking.

First aid for Other types of Jellyfish

Vinegar is suitable for most other types of stings.  Local pain is usually best treated with ice packs.  Analgesia may be required.

A number of species of jellyfish, while not being a threat to life, nevertheless have potent venom which can cause discomfort and pain. Among the more common of these are the lion's mane (Cyanea capilata), the jimble (Carybdea rastoni) and the Pelagia stingers.

The purpose of applying vinegar to jellyfish stings is to prevent the firing of undischarged nematocysts (stinging cells) and the injection of more venom into the victim. Vinegar will not decrease pain, or diminish the effects of the venom; it will only stop the injection of further venom.

The appropriate first aid for spider bite depends on the type of spider responsible.

Bites from funnel web spiders and mouse spiders should be considered as potentially very serious, and require different first aid to that appropriate for the bite of redbacks, cupboard spiders, white-tailed spiders, etc.

Funnelwebs and mouse spiders are all very solid in appearance and individuals are black over most of their body. The spider shown at right is a typical example of the appearance of spiders in this group.

Pressure immobilisation is recommended as it has been suggested that this venom may lose its activity if kept in the bitten limb.

Currently, pressure-immobilisation is not recommended for mouse spider bites.

First aid for red back spider bites consists of the application of ice packs for local pain relief. Pressure-immobilisation first aid is not required due to the slow progression of symptoms.The application of compression bandages may increase the severity of local pain

Pressure immobilisation is not used as the venom travels very slowly and the pressure worsens the pain.

No specific first aid is recommended for bites by white tailed spiders. Ice packs may relieve acute local pain. Medical advice should be sought if local changes are causing concern.

Although a bite of the white tailed spider may cause severe inflammation it has caused, contrary to popular opinion, very few cases of severe tissue destruction

Bites by other spiders

A variety of common house and garden spiders frequently deliver bites but usually very little occurs other than a little local pain and swelling. Ice packs may be useful for local pain relief. Pressure-immobilisation is not recommended. Medical advice should be sought if localchanges are causing concern.

Persons known to be sensitive to ant, bee or wasp stings should seek immediate medical attention if stung*.

*People who have suffered severe reactions should always have access to injectable adrenaline and know how to use it.  Oral and topical steroids may be useful for managing large local reactions.  Purified venoms are available for use in immunotherapy for the Honey Bee, European Wasp and some paper wasps.  International experience suggests immunotherapy may have an efficacy of up to 98%.

The Honey bee (Apis mellifera), the European Wasp (Vespula germanica) and ants from the genus Myrmecia are important causes of mortality and morbidity due to the order hymenoptera.  Most often their sting causes a painful local reaction with little systemic effect. However in sensitized individuals these stings can cause severe local and/or generalized allergic reactions, including anaphylaxis.
Note that dose-dependent toxicity can sometimes be significant with multiple bee and European wasp stings.  Haemolysis, rhabdomyolysis and metabolic derangement may precede clinical deterioration.