Tissue resident memory T cells (TRM) are a newly described subtype of memory CD8 T cells that do not recirculate, but remain in the organ they formed long after infection has been cleared. By staying in the area most likely targeted by the pathogen in subsequent reinfections, TRM have the potential to elicit faster, more focused, responses than recirculating memory T cell subsets.

It is known that memory CD8 T cells can mediate immunity against the liver stage of plasmodial parasites. Our research focuses on the study of liver TRM and their contribution to protection against parasite infection, with the aim of exploring new ways to control liver stage malaria based on the enhancement of TRM function. 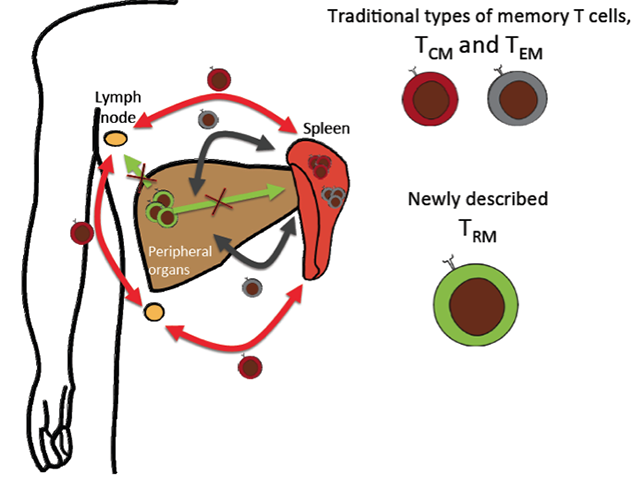