The Translational Neuropharmacology Laboratory was established in the then Department of Pharmacology and Therapeutics in 2013. We are located in the West Wing on the eighth floor of the Medical Building (B181) on the Parkville Campus and have another lab, established in 2016, as the Sleep and Cognition Laboratory on the 6th floor of the Florey Building, under the leadership of Assoc Prof Laura Jacobson, where we investigate sleep and behaviour.

Professor Hoyer moved to Melbourne at the end of 2012 to become Head and Chair of the Department of Pharmacology and Therapeutics. Hoyer completed his PhD in Pharmacology at the Université Louis Pasteur Strasbourg in 1981 and conducted his postdoctoral work at the University of Pennsylvania, with his early research focusing on adrenoceptor and serotonin receptor pharmacology. Since then, Prof Hoyer has characterized a large number of peptide receptors, ligand gated channels, and monoamine receptors. Prof Hoyer has over 30 years of experience in drug discovery and development in both academia and industry, with positions in pharmaceutical companies such as Sandoz and Novartis or academic Institutions (Scripps Research Institute, San Diego).

Contribution to Field of Research:  Over 390 publications, Citations Google Scholar: >35,400; H factor: >89 and 6 patents document Prof Hoyer's interests in a wide variety of therapeutic targets such as sleep disorders, epilepsy, migraine, schizophrenia, anxiety / depression, bipolar disorders, panic, post-traumatic stress disorder, neurological disorders (PD/MS/ALS/HD/fragile X), irritable bowel syndrome, acromegaly, hypertension, gastroenteropancreatic and other tumours. Prof Hoyer has also contributed to the development of six patents regarding drug discovery and development, three of which have focused on the treatment of depression and other mood disorders. He also had a pivotal role in the establishment of BioCurate Pty Ltd, or Project Mercury, a collaboration between Monash University and University of Melbourne.

His contribution to the field of research has been recognized by The Australian, which named him the Top Cited Researcher in Pharmacology and Pharmacy in Australia, as well as many other awards, prizes and distinctions. Hoyer is a 2019 and 2020 highly cited researcher.

Collaborations: Across the span of his career, Prof Hoyer has been responsible for extensive cross disciplinary internal and external interactions and collaborations. This may be exemplified by his role of the Core Management Team in Neuroscience Research, NIBR Basel, where he was in charge of external collaborations with Maryland Psychiatric Research Centre, the Genomic Institute of the Novartis Foundation, and the Scripps Research Institute. His recent collaborations include with researchers from the UK, Switzerland, Malaysia, Canada, and the USA.

Professional Involvement: Prof Hoyer currently acts as a professor and chair of Pharmacology and Therapeutics, in the Department of Biochemistry and Pharmacology the University of Melbourne, honorary professorial fellow at the Florey Institute of Neuroscience and Mental Health, and adjunct professor at the Scripps Research Institute. He also currently acts as a member of the French Academy of Pharmacy, is a director of ASCEPT, member of the Australasian Society for Neurosciences, member of the Australian Sleep Association, and various other international societies and institutes in the past.

Supervision/Mentoring: Prof Hoyer cultivates a culture of collaboration and mentoring in the Hoyer Lab. To date, he has supervised to completion 26 Honours students, 34 Postdoctoral Research Fellows, 7 Masters students, and over 75 PhD students.

The Hoyer / Jacobson Laboratory is currently working on neuropeptide and monoamine receptors-ligand interactions, with an emphasis on orexin, in health and disease, especially insomnia, Alzheimer's disease, depression and other Neuropsychiatric disorders. However, we have a broad range of research interests on which we aim to develop projects in the future.

We have expertise in both neuroscience and pharmacology and members of our group specialise in the following techniques and areas:

If you are a student or potential collaborator who has common interests in any of the above-mentioned research areas, don't hesitate to contact Professor Hoyer (d.hoyer@unimelb.edu.au) or Associate Professor Laura Jacobson (laura.jacobson@florey.edu.au) 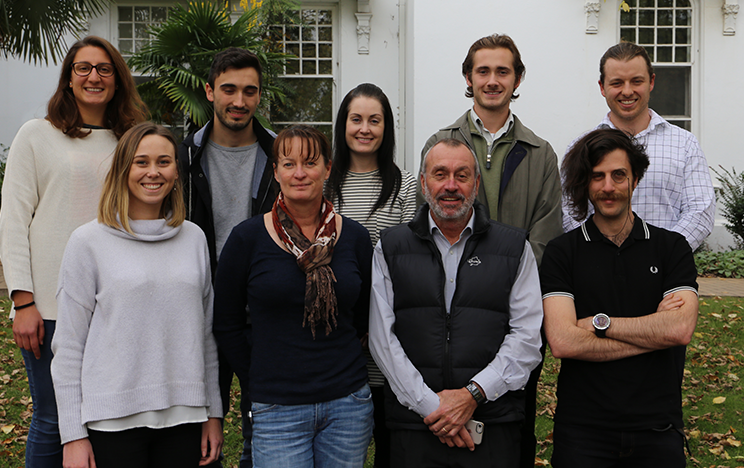 BioCurate is a joint venture of the University of Melbourne and Monash University, supported by the Victorian State Government. Its founders are Australia’s two leading biomedical universities both located in Melbourne. Together these Universities are placed in the world’s top 10 in the therapeutic areas of immunology, oncology, paediatrics, neurosciences, and infectious diseases.

BioCurate is a venture catalyst, a new model that is consistent with emerging leading-edge global practice. The company’s key focus and objective is to translate drug discoveries to a form which attracts investors or other commercialisation partners. This will be done through the provision of independent specialist expertise in drug development and commercialization, and the required funding targeted specifically at this critical phase.  BioCurate will work across different therapeutic modalities including small molecules, biologics and antibodies.

Learn more about the commissioning of BioCurate.

Click here for the results of a PubMed search of Professor Hoyer's publications.

Click here for the results of a Google Scholar analysis of Justine's publications.

This Research Group doesn't currently have any projects