Where science meets art: Under the Coverslip winners announced

Entries for the student-run scientific imaging competition will be on public display until Friday 25 October.

Postgraduate, Masters and Honours students from universities and research institutes around Australia submitted striking scientific images to the Under the Coverslip competition, which culminated in an awards ceremony and exhibition on Friday 18 October.

Ranging from the weird to the wonderful, the images take a unique approach to showcasing the ground-breaking scientific research taking place throughout the Melbourne Biomedical Precinct and beyond. By encouraging alternative ways of presenting scientific data, the competition also aims to celebrate scientists’ work, and spark interest and debate within the non-scientific community.

The award ceremony was officially opened by Head of the Department of Anatomy and Neuroscience, Professor Jennifer Wilkinson-Berka.

Selected images are being exhibited in the foyer of the Medical Building until Friday 25 October.

Out of more than 100 entries, Sukanya Varape, of the Faculty and Veterinary and Agricultural Sciences, took out the top prize of $200 and an Olympus camera with an entry titled Seed of Origin. 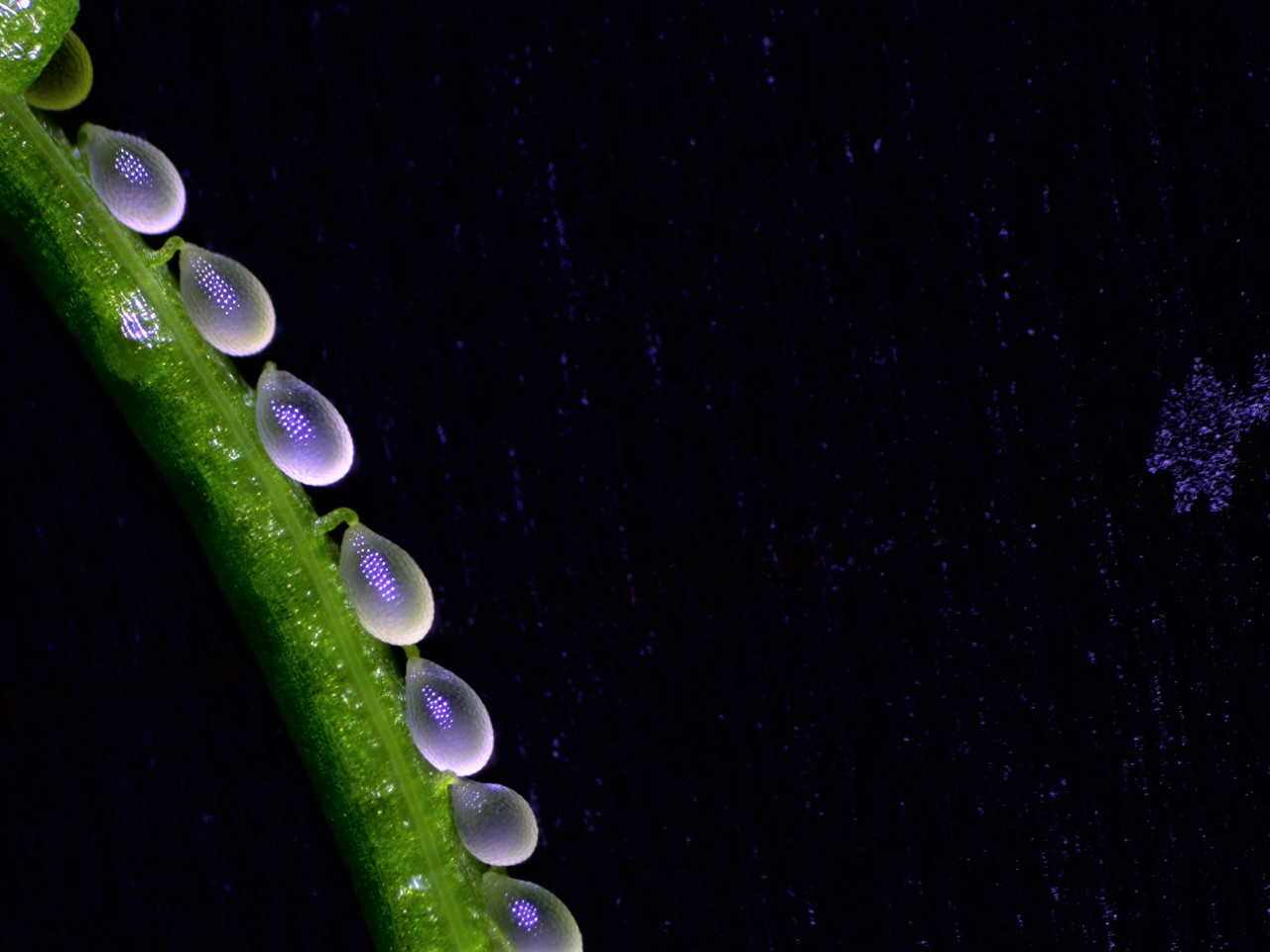 "This is an image of immature seeds developing in Arabidopsis silique. This image shows not only the placental connection of seeds but also the fragile nature of the underdeveloped, rough yet orderly seed coat reflecting beautiful splashes of light. This seed is an origin of new life and hope."

The second prize was awarded to Michael Dixon’s Goldilocks (Department of Anatomy and Neuroscience) and third prize went to to Zakir Hussain’s Molecular Dimple (RMIT). 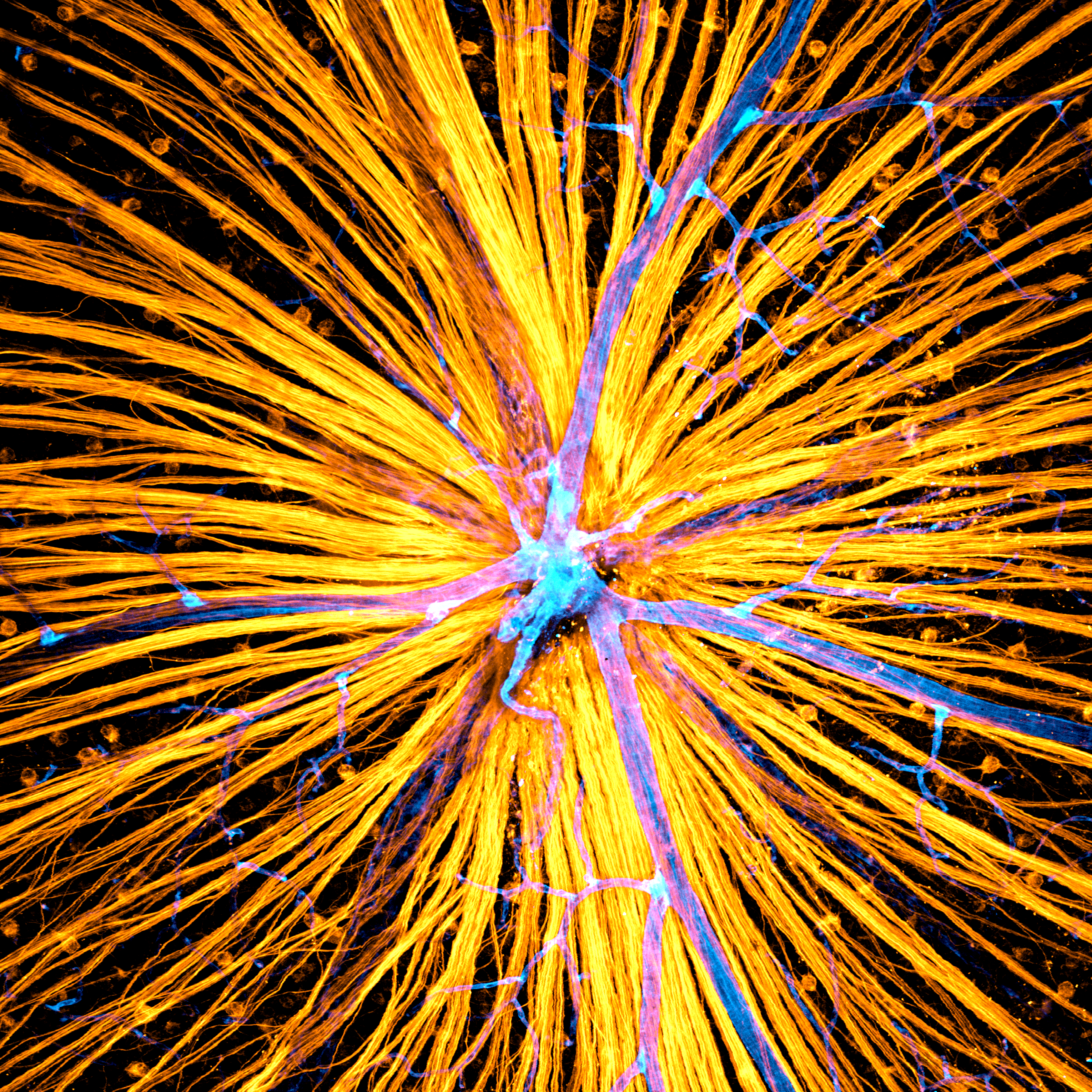 "These gold strands make up the information superhighway carrying visual information from the eye to the brain. In blue are the blood vessels that nourish these structures. Understanding how these vessels are affected in retinal diseases is crucial to preventing blindness." "These structures are metal organic semiconductors known as CuTCNQ, synthesised in an organic solvent by adding a faction of water. These materials have a high potential in being a new alternative material for organic based electronics because they exhibit ideal semiconducting behaviour."

The award of Best Title went to Pineapple fritter or golden gaytime? by Georga Bruechert (Department of Anatomy and Neuroscience). Jemima James’s Portrait of a stem cell scientist (Florey Institute) and Anita Leembruggen’s A Sticky Situation (Department of Physiology) were voted for the People’s Choice awards by exhibition attendees. 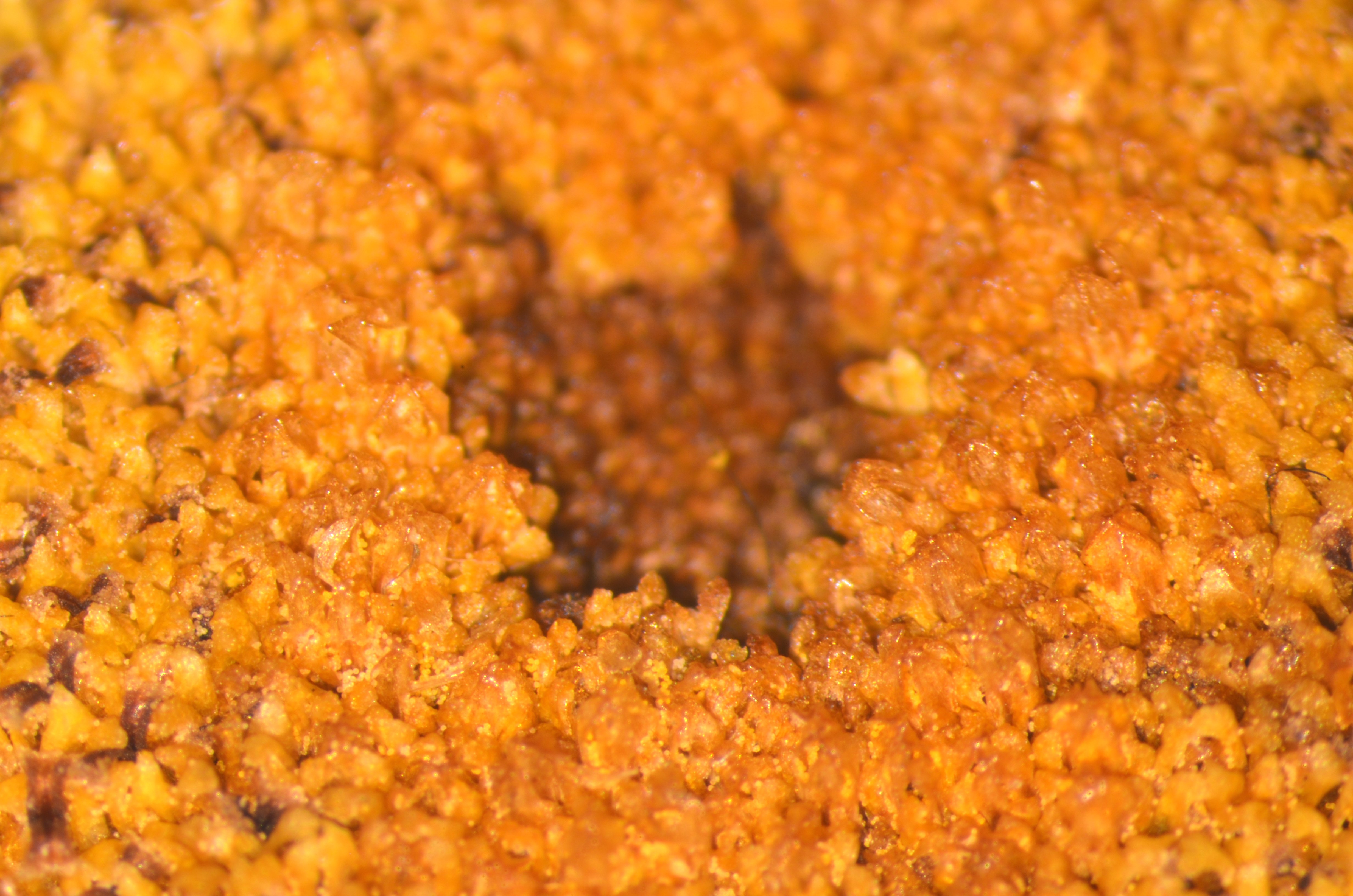 "Either way, wat a gud toime." 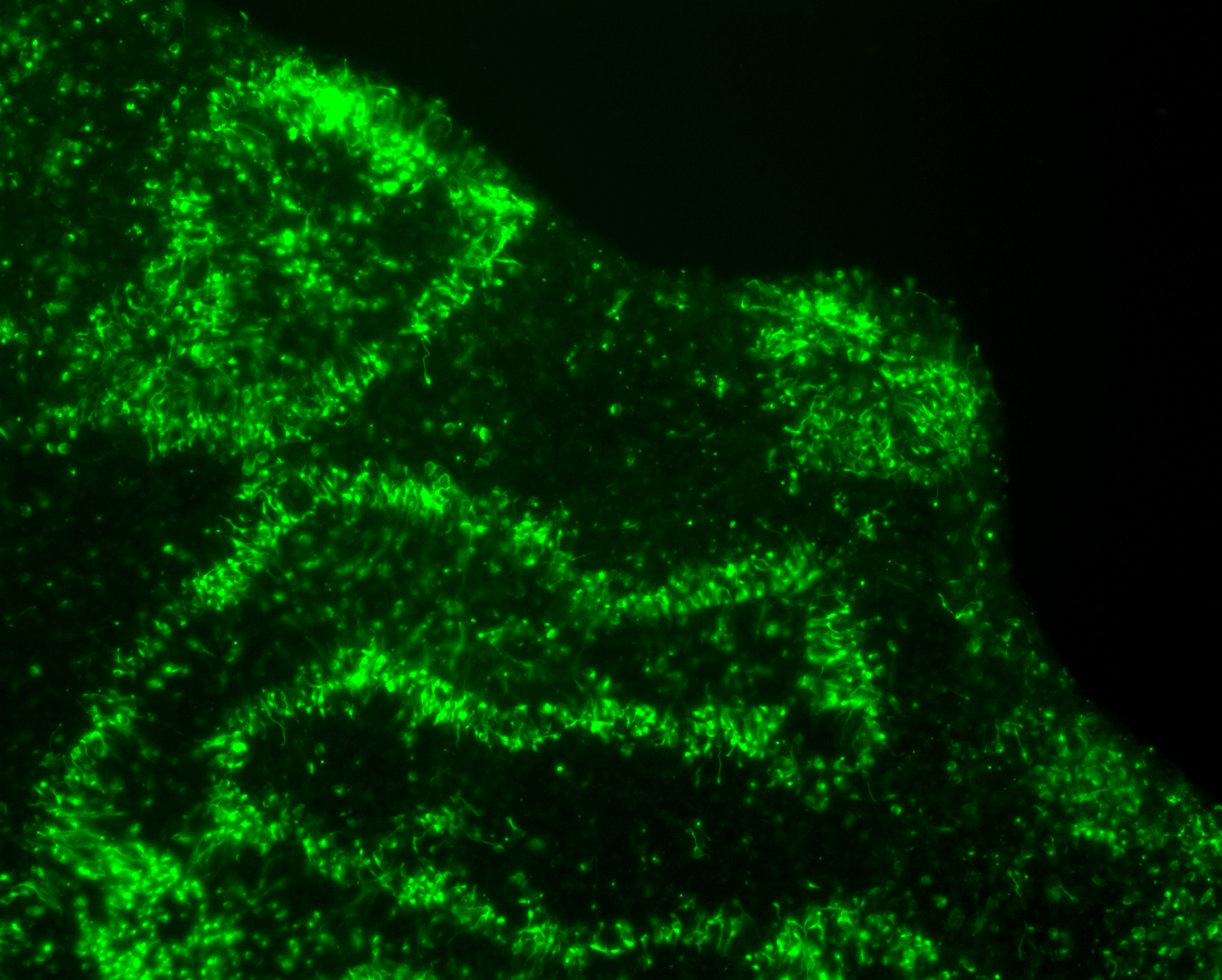 "The portrayed image represents staining of pluripotent stem cells which can produce any cell type in the human body. We use florescent staining to ensure development into the correct cell type, in this case dopaminergic neurons, specifically, those that are lost in Parkinson’s Disease." "In this image, fibres from glial cells (orange) wrap around neurons (red) found in the gut. While glia are traditionally known as 'glue' that provide support for nerve cells, they also have their own roles in synaptic communication and plasticity!"

Congratulations to all the winners for 2019!

Under the Coverslip is an annual competition, run by the Postgraduate Students of Anatomy Society and the Department of Anatomy and Neuroscience.