Associate Professor Isabelle Rouiller and her colleagues from the Bio21 Molecular Science & Biotechnology Institute and the Department of Biochemistry and Molecular Biology played a key role in a study on HIV which may pave the way for new treatments. 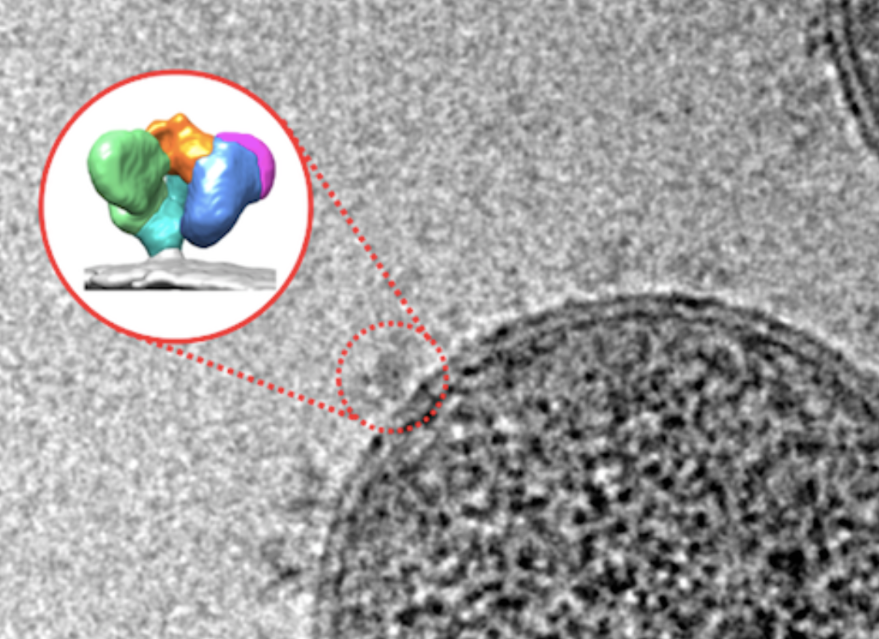 Image of a human immunodeficiency virus captured using cryo-electron microscopy. Envelope glycoproteins are seen at the surface of the spherical virus. The inset shows a coloured 3D reconstruction of the glycoprotein in the open state. Picture: University of Melbourne

Despite advances in treatment and prevention, almost 37 million people worldwide are currently infected with HIV. Now, new research is discovering how small molecules can be used to ‘open up’ the virus – allowing the immune system to target and destroy it.

HIV hides inside T cells, a subset of infection fighting white blood cells, and is very difficult to target and treat without debilitating side-effects. That is because the virus infects and eventually destroys T cells, and once the number of T cells becomes too low, the body is vulnerable to a large number of infections and illnesses – often fatal.

HIV infects T cells by using proteins called envelope glycoprotein (Env) spikes located on the surface of the virus. These spikes interact with receptors on the surface of T cells much like a key in a lock, opening a way for the virus to enter the cell and hide. 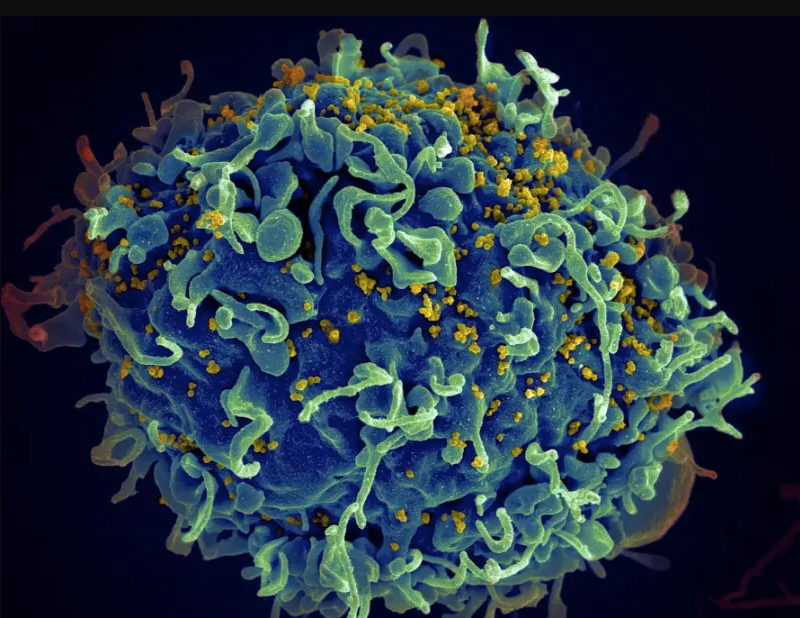 But HIV’s Env spikes are more than a simple key. They can turn the key in the lock and push open the door. To do this, they change shape after interacting with the cell receptor which allows the genetic material of HIV to enter the T cell and multiply.

The Env spikes on the surface of the virus aren’t recognised by the immune system, the same way we can’t identify what’s inside an unlabelled can of food.

But what the researchers have found is that once the Env spikes start interacting with receptors at the surface of T cell, the spikes change shape, opening up and exposing previously hidden parts that can now recognised by the immune system.

The idea now is to try to get the Env spikes to change shape earlier by exposing them to a compound that makes the virus think it has encountered receptors of a T cell.

“By incubating the virus with small molecules that mimic receptor of T cells, we change the shape of the Env spikes before the virus can enter and hide inside human cells,” says Associate Professor Isabelle Rouiller.

“The compound opens the can and exposes its contents. The virus is now visible to our immune system and can be destroyed.