Snakebite envenoming is a neglected tropical disease that disproportionately affects the poor. Plagued by data deficiency, estimates indicate that anywhere between 20,000-138,000 people are killed by snake envenoming every year - though the real number could be even higher. Unfortunately, tackling this disease is extremely complicated. 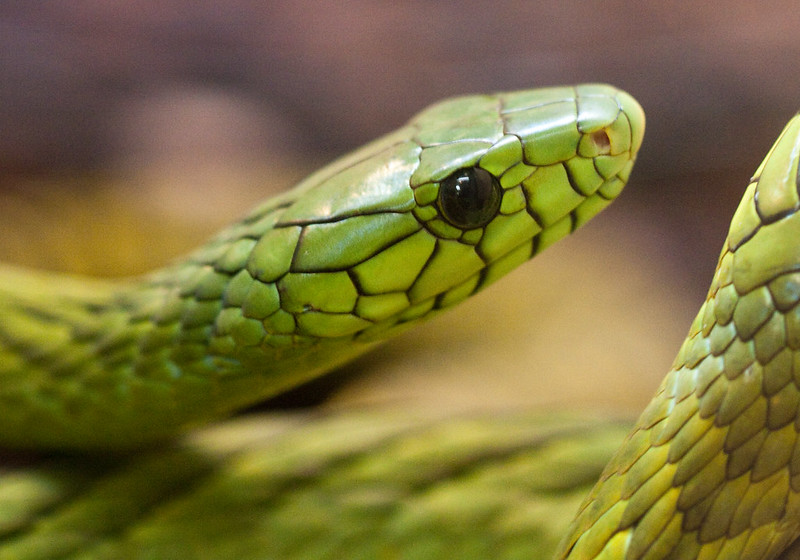 Why is snakebite envenoming a “neglected tropical disease”?

While the bite from a snake is not technically a “disease”, snake envenoming can impair tissue or cellular function to induce damage that is not a direct result of physical injury. This makes snakebite envenoming a disease, which is also sometimes shortened to “snakebite”. For many years, snakebite envenoming was known to be a big problem – but no-one knew quite how big the problem really was. As a result, it received limited attention. However, back in 2008, a team of researchers conducted an extensive literature review on the global burden of snakebite envenoming to get a better picture of its scale. What they found was chilling – as many as 1.8 million people are being envenomed by snakes every year, up to 94,000 of which are lethal. More recently, studies have put the upper bounds of these estimates even higher with as many as 2.7 million envenomings leading to 138,000 fatalities every year. The hardest-hit regions are also the poorest – rural regions of sub-Saharan Africa, India, South East Asia and the American tropics; communities that rely heavily on agricultural work for subsistence. Those who survive are often left with injuries, such as loss or deformity of a limb, that incapacitate them for life. Estimating the global burden of snakebite envenoming is an extremely difficult task. In the impoverished regions that are heavily affected by this disease, many hospitals and clinics suffer from a lack of resources - record keeping is lacking and a large proportion of envenomings simply go unreported. Studies attempting to quantify the impact of snakebite envenoming estimate that it kills anywhere between 20,000 and 138,000 people every year. This maps shows the lower bounds of this estimate according to region and is taken from The Global Burden of Snakebite: A Literature Analysis and Modelling Based on Regional Estimates of Envenoming and Deaths.

The geographical remoteness and/or low socio-economic status of typical bite victims in many of these regions exacerbates the situation in multiple ways. Adequate medical help is not always available on account of both the paucity and expense of treatment, and a cultural reliance on traditional healing methods also persists in some of these communities. This often leads to significant delays in appropriate treatment and contributes to the high rates of mortality and permanent sequelae that characterise snakebite in these regions. The crippling injuries that many survivors are left with often render them incapable of work. Given that a large proportion of bites are sustained by the primary earner of a family while they are working, this can plunge entire families even deeper into poverty. Children are also disproportionately envenomed, which can mean a life of complete dependency on their family.

It is quite likely that the real scale of the problem is still vastly underestimated. The intensification of poverty that snakebite envenoming can inflict upon communities is very difficult to quantify, and envenomings often go unreported in these remote areas. This makes it challenging to address from a public-health perspective as prevention measures, treatments, and adequate funding cannot be properly optimised, distributed, or allocated. Furthermore, most antivenoms are made by privately owned companies and are therefore produced according to supply-and-demand. As antivenom requirements are underestimated by health authorities and demand is not being met, the lack of profitability for manufacturers has led to under-production of antivenom, inflation of prices, and even the departure of high quality antivenoms from the market. This, in turn, has led to an increase in the distribution of cheaper, poor quality antivenoms that simply don’t work properly – a problem that has arisen due to the vast knowledge gaps surrounding the venom profiles of many snake species, insufficient use of venom representatives during antivenom production, and a lack of quality control governing antivenom manufacture and distribution.

What exactly is antivenom and why is it so complicated to make (well)?

Antivenom is produced by injecting a large host animal, such as a horse, with increasing amounts of a given venom (or venoms) over time. If one species’ venom is used, then the resulting antivenom will be “monovalent”; more than one will make it “polyvalent”. The venom toxins are present in quantities small enough that they do not cause too much harm, though they are still detected by the animal’s body as foreign molecules, or “antigens”. This triggers a response in the immune system of the host animal, inducing the generation of antibodies (which is the derivation of the term antigen - antibody generation).

Antibodies are proteins that can recognise an antigenic “epitope”: a face, of sorts; a molecular site characteristic of that antigen. Each antibody is only able to recognise one face—one epitope—and therefore an antibody is said to be specific to an antigen. This is partly why multiple vaccines are required for immunisation against the influenza virus – mutated forms of the virus can express different epitopes. The ability to recognise epitopes with such high specificity is what enables the immune system to differentiate foreign molecules from normal bodily molecules. Once an epitope is recognised, the specific antibody will then bind to the antigenic toxin which, depending on the toxin structure, either neutralises its harmful activity or acts as a flag to immune cells to locate and destroy it.

Venoms are complex mixtures composed of numerous toxins. As the structures of these toxins differ, so do their antigenic properties. Therefore, each toxin type stimulates the production of toxin-specific antibodies by the host animal’s immune system. This produces an equally complex mixture of antibodies, which is then extracted and purified from the blood of the host animal. The resulting serum is used as an antivenom to treat envenoming by the snake species whose venom was used in its production. However, while antivenoms are marketed as being species-specific, due to the precise nature of antigen-antibody interactions, in many regards they are actually specific to the venom or venoms from which they were developed. This is not typically a problem as many species’ venoms are very similar from snake to snake. Toxin types are also often shared between the venoms of closely related species, and so this method of production can even result in “paraspecific” antivenoms that are effective against additional species too. However, sometimes the venom content of closely related snakes can be considerably different. In fact, sometimes venom composition can differ even within a single species. This brings us to another complexity in snakebite treatment - variation in venom composition.

In many species of snake, differences in venom content can be found between babies and adults, sexes, and between different populations. The reasons for this are not fully understood, however venom variation is thought to at least partly be an evolutionary adaptation linked to diet. A key function of snake venom is to facilitate prey capture. Venom toxins do this by targeting specific parts of the prey’s physiology to disrupt normal body function and help immobilise the animal. The diet of some snake species can differ between populations, or can change as the snakes transition from a small baby to a large adult. Take the saw-scaled viper, for example. The venom of this wide-ranging viper is known to vary between locations. Some populations feed mostly on vertebrates such as rodents or lizards, while others prefer invertebrates such as scorpions. The physiology of these prey animals differs, and this dictates what makes a toxin effective for predation. This could be why some snake populations express different sets of toxins. 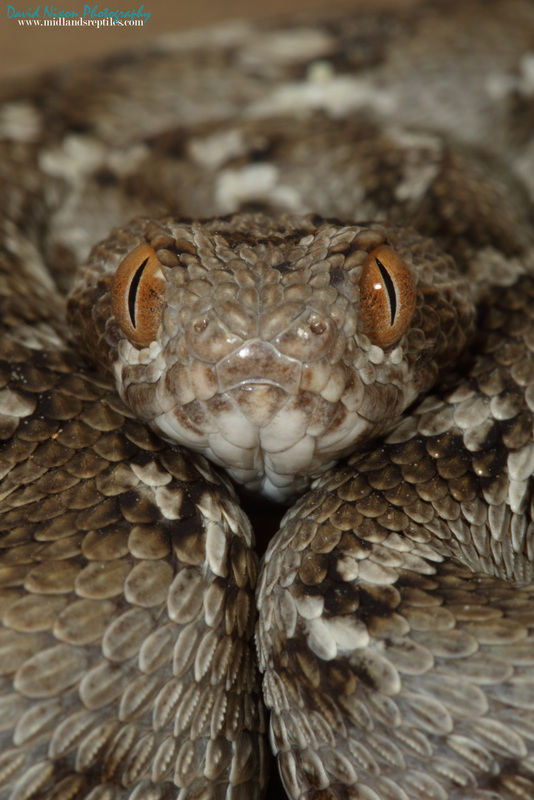 The saw-scaled viper (genus Echis) is named for the saw-like ridges on its scales, which it rubs together to make a loud rasping noise when it feels threatened. These small snakes are responsible for tens of thousands of deaths per year. This photograph is of the subspecies Echis carinatus sochureki, which can be found in India, Pakistan, and parts of the Middle East. Image: David Nixon.

Unfortunately for patients and clinicians, this venom variability has the potential to result in reduced antivenom effectiveness between regions, depending on the difference between the venom composition of the individual snakes that were used for antivenom manufacture and the individual snake that delivered the bite. The antivenom may simply not contain the right array of antibodies to adequately prevent damage. Despite this, antivenoms produced from pharmacologically distinct venoms are often inappropriately distributed to regions where they prove ineffective. This, along with the prevalence of low quality antivenoms, severely compromises the chance of a positive outcome for bite victims. For example, some African clinics that switched to cheaper, Indian-made antivenoms saw a 5- to 6-fold increase in saw-scaled viper bite case fatalities. This snake genus alone is responsible for tens of thousands of deaths per year.

While this highlights the need for a diverse and representative pool of reference specimens to be used for antivenom manufacture, there are constraints regarding the number of venoms that can be used. As the immune response does not discriminate between antigens, antibodies are produced for virtually all components of venom, regardless of how much harm they are capable of inducing. Therefore, if too many different venoms are used to produce an antivenom, the essential antibodies are diluted by the presence of non-essential antibodies, thus requiring substantially more antivenom to achieve the same effect. The use of large quantities of antivenom, however, is associated with heightened risk of adverse side-effects and the extreme load of foreign proteins can send the body into shock.

Snakebite treatment and antivenom manufacture represent a complex issue. Thankfully, in 2017, snakebite envenoming was added to the official list of neglected tropical diseases by the World Health Organization and is now receiving the increased attention that it so desperately needs. A number of labs and organisations around the world are working hard to tackle this issue with ground-breaking technologies and innovative strategies, and we’ll introduce you to some of these in future blogs.