Staphylococcus aureus still remains a dangerous human pathogen, with the ability to cause a broad range of diseases, such as bacteremia, endocarditis, sepsis and toxic shock syndrome. Over the last 20 years there has been an increasing incidence of both hospital-acquired and community–acquired S. aureus infections. Treatment of these infections has become more difficult due to the emergence of multidrug-resistant strains. In particular, methicillin-resistant S. aureus (MRSA), which was once restricted to hospitals, is spreading rapidly through the community. Furthermore, resistance to vancomycin, the primary drug used to treat MRSA, has also recently emerged.

Our research into S. aureus pathogenesis focuses on using clinically relevant strains to investigate the molecular mechanisms behind the emergence of low-level vancomycin resistance in this organism. We also have an interest in investigating the host-pathogen implications of vancomycin resistance, and the role of the Panton-Valentine leukocidin (PVL) in the pathogenesis of Australian MRSA and methicillin-sensitive S. aureus isolates. The molecular mechanisms resulting in the formation of clinically significant small colony variant (SCV) S. aureus strains along with the associated activation of an important bacterial stress response, known as the stringent response, has also become a recent focus. 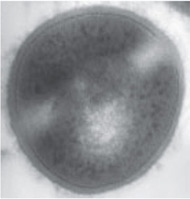 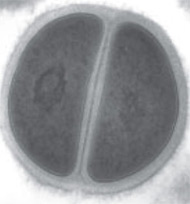 Vancomycin resistant enterococci (VRE) are a major cause of serious hospital-acquired infections worldwide. In some Australian hospitals, while rates of MRSA infections have been decreasing, infections caused by VRE have significantly increased. The reasons for this increase are unknown. We have been using genomic approaches to investigate the evolution of VRE in Australia, focusing on Enterococcus faecium and trying to understand the molecular basis for the emergence of yet another hospital superbug.