Mycobacterium ulcerans causes Buruli ulcer, a serious skin disease characterized by chronic ulceration of subcutaneous fat that can leave victims with debilitating, life-long deformity and disability (Figure 1). M. ulcerans is related to Mycobacterium tuberculosis and Mycobacterium leprae, the causative agents of tuberculosis and leprosy respectively. An 8-week course of the antibiotics rifampicin and streptomycin is the World Health Organisation recommended treatment, sometimes supported by surgery and skin grafting if the damaged area is extensive. There is no vaccine against Buruli ulcer. The disease is found throughout the world, including Australia where recent outbreaks in Victoria have coincided with an ongoing epidemic across West and Central Africa. In rural Central and West Africa the prevalence of Buruli ulcer now exceeds leprosy and, in some instances, tuberculosis. In 1998 the World Health Organization launched the Global Buruli Ulcer Initiative with the principal aim of trying to control the spread of this debilitating disease. 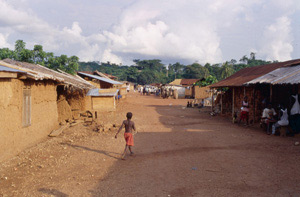 M. ulcerans produces an unusual lipid toxin called mycolactone (Figure 2). This molecule is thought to be the major determinant of virulence because injection of purified mycolactone into the skin of guinea pigs provokes the appearance of ulcers. Mycolactone has been shown to have cytotoxic and immunosuppressive properties but the precise role it plays in pathogenesis is still unclear. It is also possible that M. ulcerans may elaborate other factors that play a role in ulcer formation. Some years ago in collaboration with the Institut Pasteur we determined the genome sequence of M. ulcerans. A major finding from the genome project was the discovery of a virulence plasmid and three polyketide synthase (PKS) genes on this plasmid required for mycolactone biosynthesis. The 12-membered core of mycolactone is produced by two giant type I modular PKS, whereas its side chain is synthesized by a third PKS. 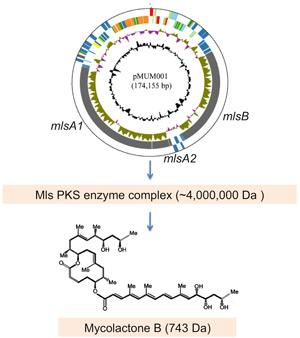 Figure 2. Overview of the proposed pathway for the production   of mycolactones by Mycobacterium   ulcerans.

The availability of the complete genome sequence provides an important resource for international research efforts aimed at controlling the spread of Buruli ulcer. In this respect the research within our group is focused on: