On Monday 3 August, Professor Jennifer Wilkinson-Berka, a leading vascular biologist,  will take the helm at the School of Biomedical Sciences. 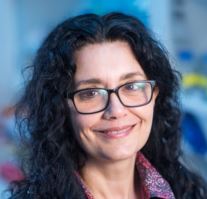 A global expert in vision-threatening diseases, diabetic retinopathy and retinopathy of prematurity, Professor Wilkinson-Berka is ready to begin work as the new Head of the School of Biomedical Sciences.

“I am honoured to receive this appointment and follow in the footsteps of the inaugural Head of School Professor, Fabienne Mackay, and Interim Head, Professor Ian van Driel,” she says.

“There is no doubt, this is the most exciting time for biomedical research and learning with new technologies allowing us to obtain large and complex amounts of information and use this knowledge in ways that we could only dream about 10 years ago.”

Her team at the School is focused on understanding the contribution of the adaptive and innate immune systems to retinopathy in order to develop new treatment targets. Professor Wilkinson-Berka’s work has led to more than 120 papers, and has been supported by numerous peer-reviewed grants as well as grants from national and international pharmaceutical partners.

Her career began here at the University of Melbourne where she completed a Bachelor of Science followed by a PhD under Professor Daine Alcorn, the former Head of the Department of Anatomy and Cell Biology, and subsequently as a laboratory head in the Department of Physiology.

Professor Shitij Kapur, Dean, Faculty of Medicine, Dentistry and Health Sciences, says: “Jenny has shone in her comparatively short tenure as Head of the Department of Anatomy and Neuroscience. Having been associated with the School of Biomedical Sciences, she brings an in-depth understanding of its unique strengths as well as opportunities for growth.

“Educating our future clinicians and scientists remains of utmost importance to Jenny as does strengthening our partnerships with medical research institutes and industry.”

Most recently, Professor Wilkinson-Berka established the Melbourne Academy of Surgical Anatomy – a new initiative that delivers a lifelong teaching and research experience for aspiring surgeons and allied health professionals as well as established physicians and surgeons.

Find out more about Professor Wilkinson-Berka’s research laboratory at the School of Biomedical Sciences.