American laureates Ardem Patapoutian and David Julius shared the 2021 Nobel Prize for medicine for discoveries of sensory receptors for temperature and touch that could pave the way for new pain killers.

Their findings have allowed us to understand how heat, cold and mechanical force can initiate the nerve impulses that allow us to perceive and adapt to the world around us, the Nobel Assembly of Sweden’s Karolinska Institute said.

While heading a project on TRPV1, the heat and chilli pepper receptor cloned by David Julius, Professor Peter McIntyre, now retired, collaborated with Ardem Patapoutian during the establishment of his first lab at the Scripps Institute. He was a co-author on three of Professor Patapoutian’s seminal Cell and Science papers in 2002 and 2003 characterising new sensory Transient Receptor Potential (TRP) channels. This work on sensory ion channels showed Ardem’s potential and paved the way for his discovery of the first mammalian sensory mechanoreceptors, the piezo channels, for which he was awarded the Nobel prize. 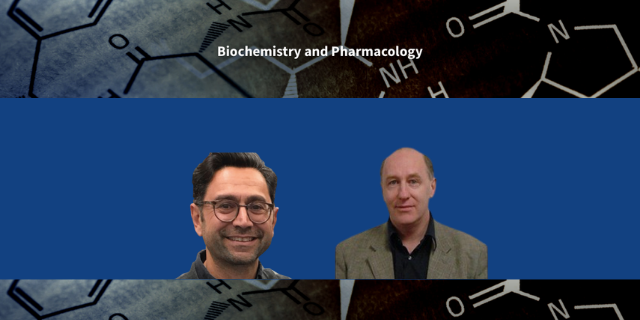 Professor Peter Crack, Head of the Neuropharmacology Laboratory in the School’s Department of Biochemistry and Pharmacology, said: “Not many people can claim to have been part of experiments that have directly led to the awarding of the Nobel Prize.

“In the work that Peter completed with his friend and colleague Ardem Patapoutian, Peter can. Their work on TRP channels was field defining.”

Professor McIntyre and Professor Patapoutian collaborated on cloning trip channels and set up projects in a San Diego laboratory in the late 1990s.

Patapoutian, is now a professor at Scripps Research, La Jolla, California, having previously done research at the University of California, San Francisco, and California Institute of Technology, Pasadena.