Malaria vaccine: Could this “ingredient” be the secret to success?

Professor Bill Heath and Dr Daniel Fernandez Ruiz’s research team has identified a protein that could be the key ingredient to an effective vaccine against the deadly pathogen.

With more than 200 million cases of malaria each year and almost half a million deaths, there is an urgent need for a vaccination to help control the parasite.

Recent research, co-led by Professor Bill Heath and Dr Daniel Fernandez Ruiz of the Department of Microbiology and Immunology and Peter Doherty Institute for Infection and Immunity (Doherty Institute), has taken another step towards reaching this goal.

The study identified a protein, known as RPL6, which is a part of the malaria parasite that allows it to be detected by T cells – a type of immune cell – in the liver.

The researchers added the protein to their existing “prime and trap” vaccination strategy that they developed in 2016. The vaccine works in two stages to induce the formation of memory T cells (the “priming”) and then trap these cells in the liver where they can effectively guard against malaria parasites at the early stage of infection.

When the researchers tested their discovery on mice, they found that it provided complete protection against malaria. 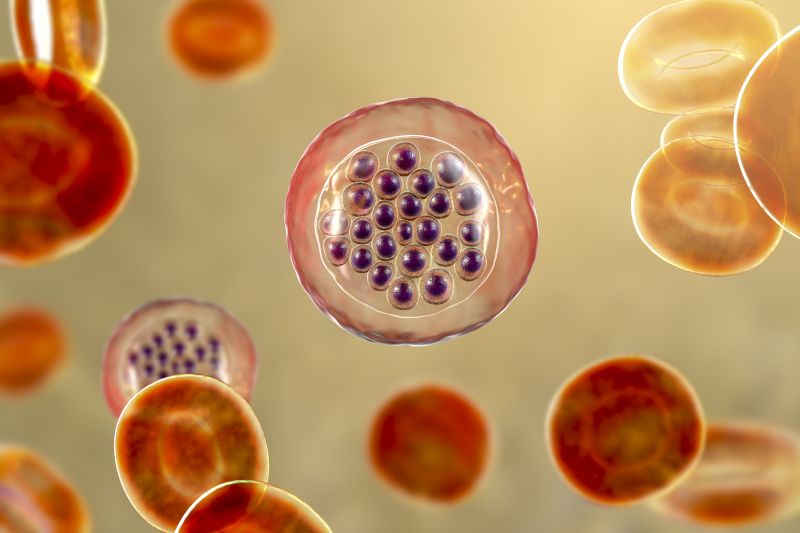 Malaria parasites are deposited on the skin when an infected mosquito feeds. The parasites then quickly make their way to the liver where they develop for several days before entering the bloodstream – a dangerous step where they multiply and run rampant. At this stage of the infection, symptoms can include fever, multi-organ failure and even death.

The research, published in Cell Host & Microbe, was co-led by Professor Heath and Dr Fernandez Ruiz with Professor Irina Caminschi, of the Monash Biomedicine Discovery Institute.

“With more than 200 million cases of malaria each year and almost half a million deaths, many of them children under the age of five, the need for a malaria vaccine is urgent,” said Dr Fernandez Ruiz.

The researchers hope that this breakthrough will eventually lead to an effective malaria vaccine for use on humans.

“Our discovery is a significant step forward in our efforts to produce an effective and efficient vaccine, which completely protects mice against infection by malaria parasites,” he said.

Both Professor Heath and Dr Fernandez Ruiz work in the Heath Laboratory, which is currently investigating cytotoxic T cell function and immunity in relation to viral and parasitic infections and tumour development.

Read the Doherty Institute’s media release on the research below.