Janet Keast announced as President-Elect of the ANS

Professor Keast (Dept of Anatomy & Physiology), to lead the Australasian Neuroscience Society from December next year.

The role of President-Elect of the ANS is for one year and Janet will officially become President at the Society's Annual General Meeting in December 2022.

“It is a privilege and pleasure to have the opportunity to lead the Society and I am looking forward to supporting the neuroscience community and advancing neuroscience research across Australia and New Zealand,” Janet says. 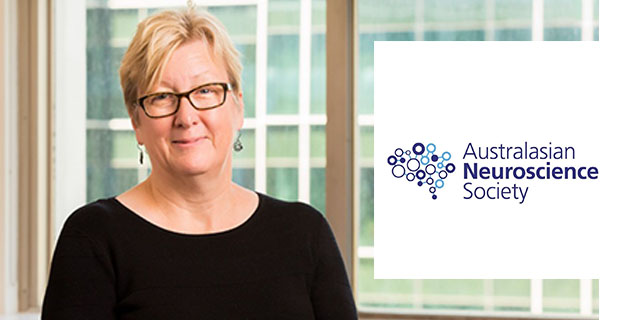 The ANS is a non-profit organisation of scientific researchers and clinicians who study the brain, cognition, and nervous system structure and function in health and disease. The society aims to advance neuroscience through information, teaching, research and events, both locally and nationally.

In 2022 the ANS will see the return of in-person meetings and conferences - in particular the Australasian Course for Advanced Neuroscience is to be hosted at The Florey Institute in October and the next Annual General Meeting of the Society will be held in Melbourne 5-7 December, 2022.

Janet Keast is Chair of Anatomy and Neuroscience at the University of Melbourne, within the Department of Anatomy and Physiology. Her primary research expertise is in sensory and autonomic neuroscience, especially relating to neural control of the urogenital system and the neurobiology of pelvic pain. Together with Dr Peregrine Osborne, Janet leads the Keast & Osborne laboratory: Neural and Bioelectronic Control of Pelvic Organs.

A longstanding member of ANS, Janet received received the Nina Kondelos Award from the Society in 2018. This is awarded to a female neuroscientist for outstanding contribution to basic or clinical neuroscience research.