Snake season no cause for alarm if you're prepared

As the weather warms up so do Australia's snakes, but experts say there is no cause for alarm if you know what to do.

University of Melbourne researchers are proud partners in today's launch of International Snakebite Awareness Day (19 September), which aims to raise awareness of the global scale of snakebite injuries and to highlight ways they can be prevented.

Watch the first showing of the late Kofi Annan's message, find out how to be snake sensible this spring and learn about global snakebite hotspots. The World Health Organization (WHO) estimates that between 81,000 and 138,000 people around the world dies each year from venomous snakebite and up to 400,000 are left with permanent disabilities.

Plus, hundreds of thousands more victims are left suffering disabilities and shouldering financial, psychological and social burdens that deepen their poverty.

University of Melbourne researchers said Australian cities are encroaching into snake habitats, which means residents are more likely to encounter them – particularly in spring.

"As it warms up and we get a bit more sun, snakes come out to bask," Dr Jackson said.

"Where they're warm enough, they get hungry – they may not have eaten for months. They get other urges to ... spring is the season for love."

Dr Jackson said with snakes on the move, people and their pets are more likely to see them, increasing the need for people to be "snake sensible".

"This is nothing to be alarmed about, but it does give us an additional reason to pay attention to our surroundings because, as we all know, encounters with snakes don't always end well," he said.

"It's important to understand that this isn't because snakes are out to get us. The last thing a snake wants to see when it's out looking for a feed is a giant primate, dog, or cat. It's also not because warm snakes are more dangerous or aggressive.

"In fact, a warm snake it more likely than a cold one to trust in its ability to escape, which, given the opportunity, is exactly what they will do. On the other hand, accidents do happen, so it's important to be snake sensible in spring."

How to be snake sensible in spring

On 9 June 2017, WHO made the landmark decision to list snakebite envenoming as a Category A Neglected Tropical Disease.

As part of the efforts to give victims of this global health crisis more recognition – and greater access to treatment – former UN Secretary General and Statesman Kofi Annan recorded this video shortly before his passing in August.

Today is the first time the video has be shared, showing his support of the global efforts to reduce the burden of snakebite.

The Australian Venom Research Unit (AVRU) is at the forefront of efforts to raise awareness about the impact that snakebite envenoming has on people living in tropical and sub-tropical regions.

In July, AVRU head Dr David Williams and his colleagues were published in The Lancet.

The article, Vulnerability to snakebite envenoming: a global mapping of hotspots synthesises existing data to identify the most vulnerable populations at risk.

The research includes maps showing the ranges of 278 snake species globally, as well as differences in health care quality.

The maps will guide future research efforts on snakebite envenoming from both ecological and public health perspectives – and, better target future estimates of the burden of this neglected tropical disease. 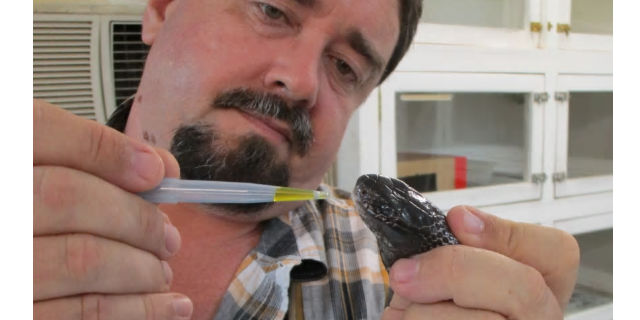 AVRU also had an article, The Global Scale of Snakebite, featured in a July NewScientist eNewsletter. The email was sent to 280,000 global subscribers and resulted in the AVRU website receiving a spectacular spike of 4,616 pageviews.

This article covers the impact of the global catastrophe and the complex challenges and obstacles for combating it.

Dr Williams also appeared on ABC News Breakfast  to discuss his latest research - taking a selection of snakes into the studio on Thursday 9 August. 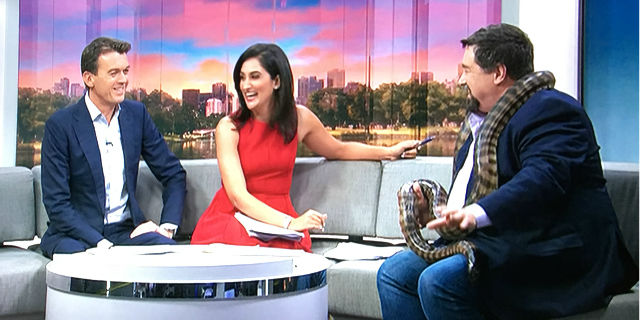 For the millions of people who are bitten every year, many have limited access to the effective treatment they desperately need.

But, when the global community comes together and makes a collective decision that poverty should not be a barrier to good health, and acts in cooperation to put in place robust measures to reverse neglect, the world quickly sees the balance shift, and many thousands of lives are saved.