Fabienne Mackay appointed to Board of Reviewing Editors for Science 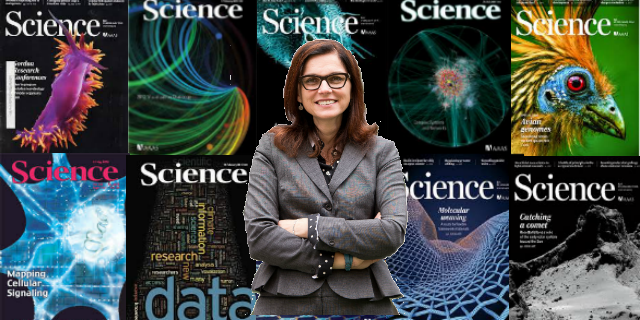 Professor Fabienne Mackay is just one of three Australians to be appointed to this Board: the others are Alan Cowman, from WEHI, AND Mark Smyth, from QIMR.

The prestigious journal Science has been at the centre of important scientific discovery since its founding in 1880— with seed money from Thomas Edison. Today, Science continues to publish the very best in research across the sciences, with articles that consistently rank among the most cited in the world. In the last half century alone, Science published:

The Science family of journals is published by the American Association for the Advancement of Science (AAAS), the world’s oldest and largest general science organization. The nonprofit AAAS serves 10 million people through primary memberships and affiliations with some 262 scientific societies and academies.

A voice for science and scientists everywhere, AAAS fulfills its mission to “advance science and serve society” by communicating the value of science to the public, helping governments formulate science policy, promoting advancements in science education and diversity, and helping scientists develop their careers.

The strength of Science and its online journal sites rests with the strengths of its community of authors, who provide cutting-edge research, incisive scientific commentary, and insights on what’s important to the scientific world.

Our warm congratulations to Professor Mackay on her appointment to the Board of Reviewing Editors for Science.