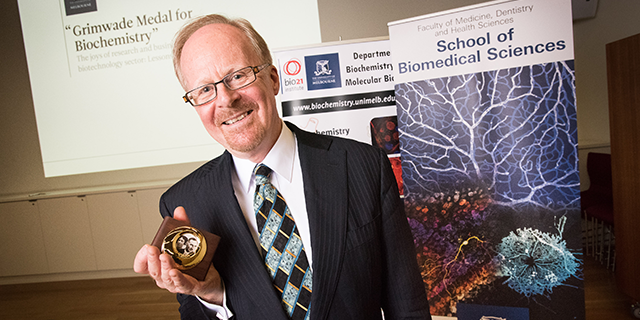 Russell Howard is a PhD scientist (Biochemistry, University of Melbourne) who embraces risk along the path to opportunity in science and business. He also embraces the intensity and excitement of the human side of building for success.

After working on the molecular pathogenesis of severe malaria, Russell moved into a succession of management roles in large Pharmaceutical companies (Schering Plough and GSK) as well as small start-up companies in biotechnology. Most of Russell’s career has been in the USA including tenure at NIH and Bethesda MD. As CEO of Maxygen in California, he took the company public on the NASDAQ, raised over $250M in public financing and led the company for 12 years through international corporate acquisition, spin-offs of daughter companies, and growth of the core business in novel protein drugs. He has experience with over 30 corporate partnerships in different fields (chemicals, agriculture, drug development) that have generated more than 50 products sold commercially worldwide. He has more than 150 research publications in scientific journals, several issued patents and experience leading large teams in research, product development and commercialisation.

Russell is now dedicated to growth and commercialisation of technology-based lifescience companies in Australia, with roles in Sydney at the Garvan Institute (genomics) and as Executive Chairman of NeuClone (biosimilar monoclonal antibodies).

Late last year Florienne Loder interviewed Russell Howard shortly after he had been awarded the Grimwade Medal. The podcast can be heard here.

Russell presented an award lecture entitled “The joys of research and business in the biotechnology sector: Lessons and Reflections".