Dr Elena Schneider, research fellow of the Department of Pharmacology and Therapeutics, has received distinguished academic honours for her doctoral thesis.

In April, Dr Schneider was awarded the 2018 Mollie Holman Doctoral Medal for her doctoral thesis in pharmacy and pharmacology, which she completed at Monash Pharmacy in 2017.

Dr Schneider’s thesis focused on the pharmacology of the drug ivacaftor, which is used to treat cystic fibrosis.

Since completing her PhD, she has moved to the University of Melbourne to take up a National Health and Medical Research Council of Australia (NHMRC) Research Fellowship in the Department of Pharmacology and Therapeutics, School of Biomedical Sciences. 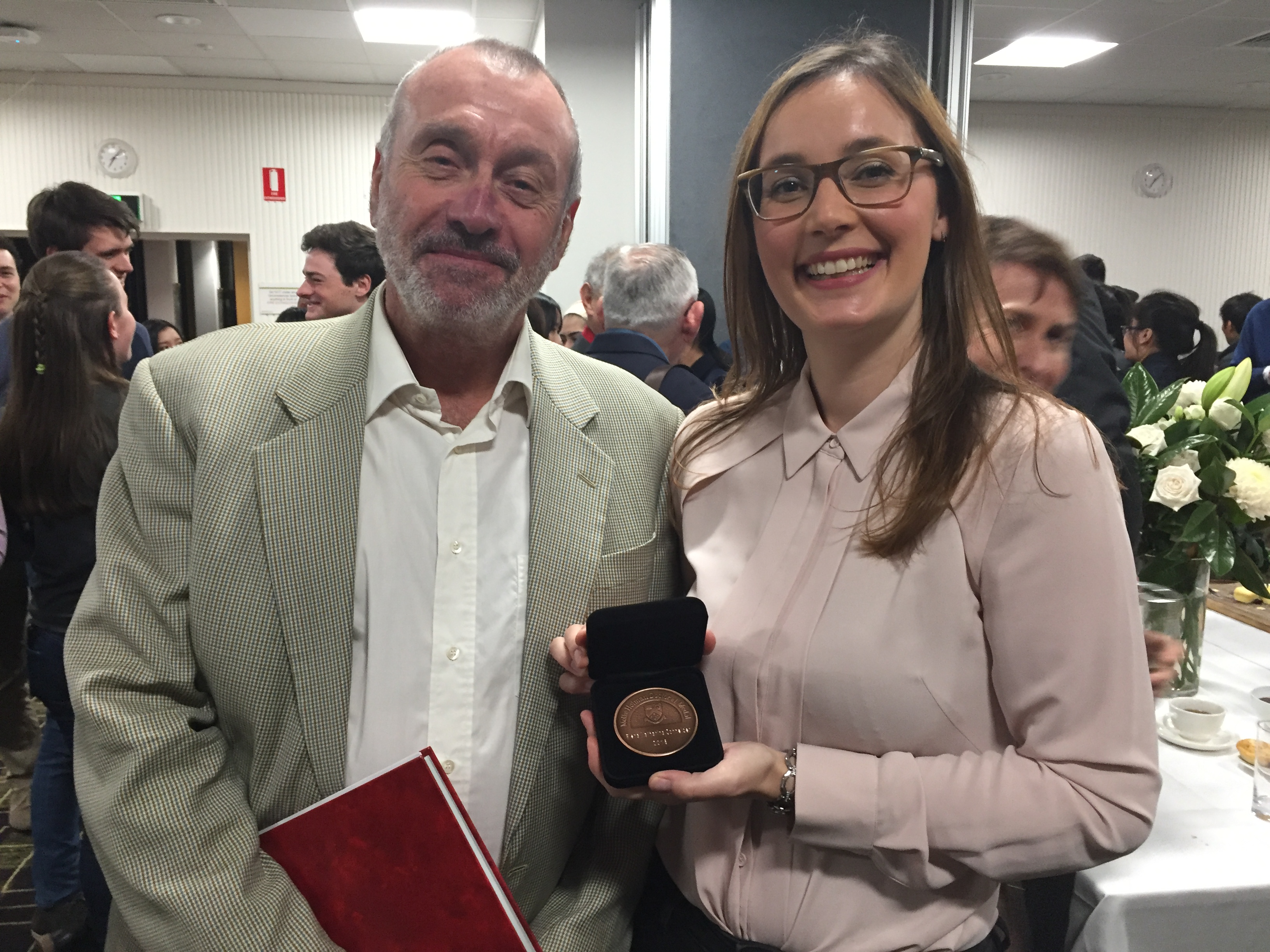 The prize was established in 1998 in honour of the late pioneering physiologist Emeritus Professor Mollie Holman AO. It is awarded to those who presented the best thesis in their faculty at Monash University, with an exceptional quality of research. As one of the highest academic honours Monash bestows, the medal marks its recipients as researchers of the highest order.

This medal comes after Dr Schneider was also awarded the prestigious TSANZ Peter Phelan Research Award from the Thoracic Society of Australia and the ASM Infectious Disease Travel Award earlier this year for her outstanding work on cystic fibrosis.