The re-emergence of black lung disease among Australian coal miners is raising urgent questions on prevention, screening and treatment that need answering 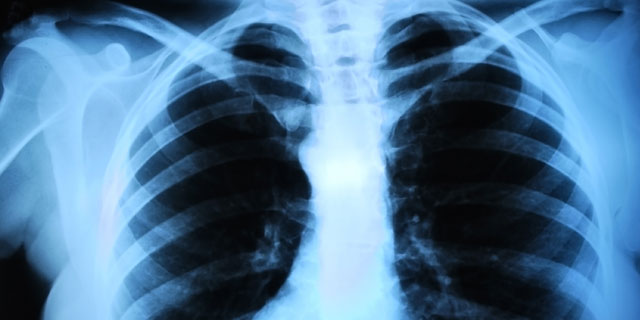 By Andrew Trounson, University of Melbourne

Why has a disease supposedly eradicated in Australia decades ago come back? And was it ever really eradicated?

The re-emergence last year of black lung disease among Australian coal miners has sparked a governance crack down amid recriminations over regulatory and industry failures to control it. Black lung, or Coal Worker’s Pneumoconiosis (CWP), is readily preventable if coal dust is kept at safe levels. But such is the lack of research into CWP that we don’t even know what that safe level is, or whether there even is a safe level. We also don’t know the potential for modern research and new technology to better monitor dust exposure, detect illness early before the disease takes hold, or even find a treatment for it.

The University of Melbourne’s Lung Health Research Centre (LHRC) is bringing together a team of cross-disciplinary researchers in a bid to answer these suddenly urgent questions. There is no cure for CWP and it remains a devastating time bomb because it can take ten to twenty years before symptoms show. “The idea is that we can now apply new approaches to an old disease where to date we still rely on blunt diagnostic tools like measuring breathing and taking chest x-rays,” says LHRC clinical director and project leader Associate Professor Lou Irving, of the Royal Melbourne Hospital.

“The LHRC can investigate more accurate coal dust exposure levels and monitoring, and use modern techniques to investigate the biology of this disease to improve screening and investigate individual sensitivity to exposure,” he says.

For example, researchers have developed mouse models for lung diseases like emphysema that can be used to test drugs, but no such model has yet been developed for CWP.

CWP is caused by breathing in fine particles of coal dust that are smaller than human cells, being just 2.5 microns or less. A single human hair is about 75 microns across. The particles are so tiny they can avoid the body’s filtering systems – the hair and mucous in our noses and breathing passages. It means the particles can become embedded in our lung cells, causing chronic inflammation and scarring known as fibrosis that worsens over time. It makes the lungs so stiff that eventually breathing becomes difficult and over time it will kill.

“Overseas, two new drugs have become available that show evidence of being able to slow the progression of fibrosis, and our own research has identified a new approach to limiting lung stiffening which compares favourably with the new drugs,” says LHRC co-director and pharmacologist Professor Alastair Stewart.

“We now need to test how these drugs influence the type of fibrosis that occurs with prolonged exposure to high levels of coal dust particles.”

It was thought that dust control regulations had largely eliminated the disease in Australia 30 years ago, but since late last year 15 new cases have been revealed in Queensland and the disease is now likely to be more widespread. The prevalence of the disease in Chinese coal mines is as high as 17 per cent, and in Colombia as much as 36 per cent. It has also re-emerged in the US where since the late 1990s incidence rates have risen from around 2 per cent to now more than 3 per cent.

Particulate matter expert at PM10 Laboratories and co-leader of the proposed project, Dr Brian Plush said that given Australian mines use similar mining methods to the US, the rates of disease here are likely to be similar. We just don’t know it yet.

Modern mining methods have led to increased production which likely means more coal dust needs to be suppressed. Dr Plush also suspects that some cases of CWP have been misdiagnosed and possibly attributed to smoking.

He warns there is no firm science underpinning current maximum dust exposure levels in Australian mines because we simply don’t know how much coal dust needs to be inhaled to cause the disease. Neither do we know how much dust miners are actually breathing in. He points out that current maximum levels are based only on time-weighted averages taken inside the mine rather than the actual amount of dust miners are being exposed to. “The current exposure levels are wrong. There is no scientific basis for them. So through this research we are proposing to identify at what point interstitial fibrosis occurs,” says Dr Plush.

That would involve developing mice models to test for the disease and then working to determine whether there is any safe level of coal dust. “This could underpin new legislation on safe dust levels, if one exists,” he says.

As part of the proposed research, atmospheric scientist Dr Robyn Schofield, from the University of Melbourne’s School of Earth Sciences, wants to get miners wearing individual sensors that will monitor their actual exposure to coal dust and so better identify areas where the exposure is actually occurring. The latest remote sensing technology has advanced to the point where personal sensors can measure the level of fine particulate matter in the air we are breathing and pinpoint it using Global Positioning Systems.

“By using sensors to monitor individuals, we can work out how much coal dust people are actually being exposed to and where the problem areas actually are. That would allow operators to take action to control the dust where it is needed, because at the moment the industry and regulators are operating blind when it comes to the actual exposure of individuals,” Dr Schofield says.

The researchers also want to try to improve screening tests for the disease and hopefully identify lung inflammation before it becomes incurable fibrosis. One of the difficulties in diagnosing lung problems early is that our lungs are better than we need them to be. We have about two-to-three times the lung capacity we really need for the more sedentary lives we now live. Indeed, people can function well with just one lung. It means that by the time we realise there may be something wrong with us because we are losing puff and coughing a lot, the problem may already be well advanced.

To date monitoring of coal miners has focused on x-rays and breathing tests that Associate Professor Irving says are just too blunt. The researchers want to regularly analyse phlegm from miners to test for biological markers of inflammation in the lung that could indicate potential CWP.

Phlegm, or sputum, from the lungs isn’t just a by-product of having a cold or flu. We all bring up about 50 millilitres of phlegm a day and swallow it without realising it. Miners could easily be induced to bring up this normal phlegm by inhaling a mist made from a salt solution.

Such testing hasn’t been used to screen for CWP but the researchers want to test whether it can identify inflammation from coal dust much earlier than current monitoring. They also want to correlate it with potential genetic factors that could be used to screen individuals who may be susceptible to the disease.

Finally, the epidemiologists on the team see an opportunity to carry out a long-term study over several years to monitor the health outcomes of miners and identify the individual risk factors that may be making some miners more vulnerable than others.

“As epidemiologists we work from databases and use them to look at specific populations and try to find the correlations that will indicate factors such as smoking, for example, that may be contributing to a disease,” says epidemiologist and physician Dr Jennifer Perret, at the Melbourne School of Population and Global Health.

“With CWP, what we need to do is for the first time take a coordinated look at the miners as a population group by monitoring their health over time and look at individual variation. That way we can understand the different risk factors that may be at play.”

Banner Image: A radiograph of a human body. Picture: Shutterstock

This article was first published in Pursuit. View the original article.