🔉 From farm land to lab: Could cellular agriculture be the future of meat?

Dr James Ryall, a leading scientist within the Centre for Muscle Research in the Department of Physiology, School of Biomedical Sciences, is interested in understanding how a small population of skeletal muscle stem cells can repair or replace muscle tissue when it is damaged during injury or disease.

This specialised adult stem cell is also currently in many conversations around the world as people discuss the topic of lab grown meat, a developing field termed “cellular agriculture”.

The driving force behind these conversations, and indeed behind the large investment in new biotech companies such as Memphis Meats and Finless Foods, is the need to produce more high protein food for a rapidly growing population in a way that is not only sustainable but doesn’t require large amounts of land and other resources. 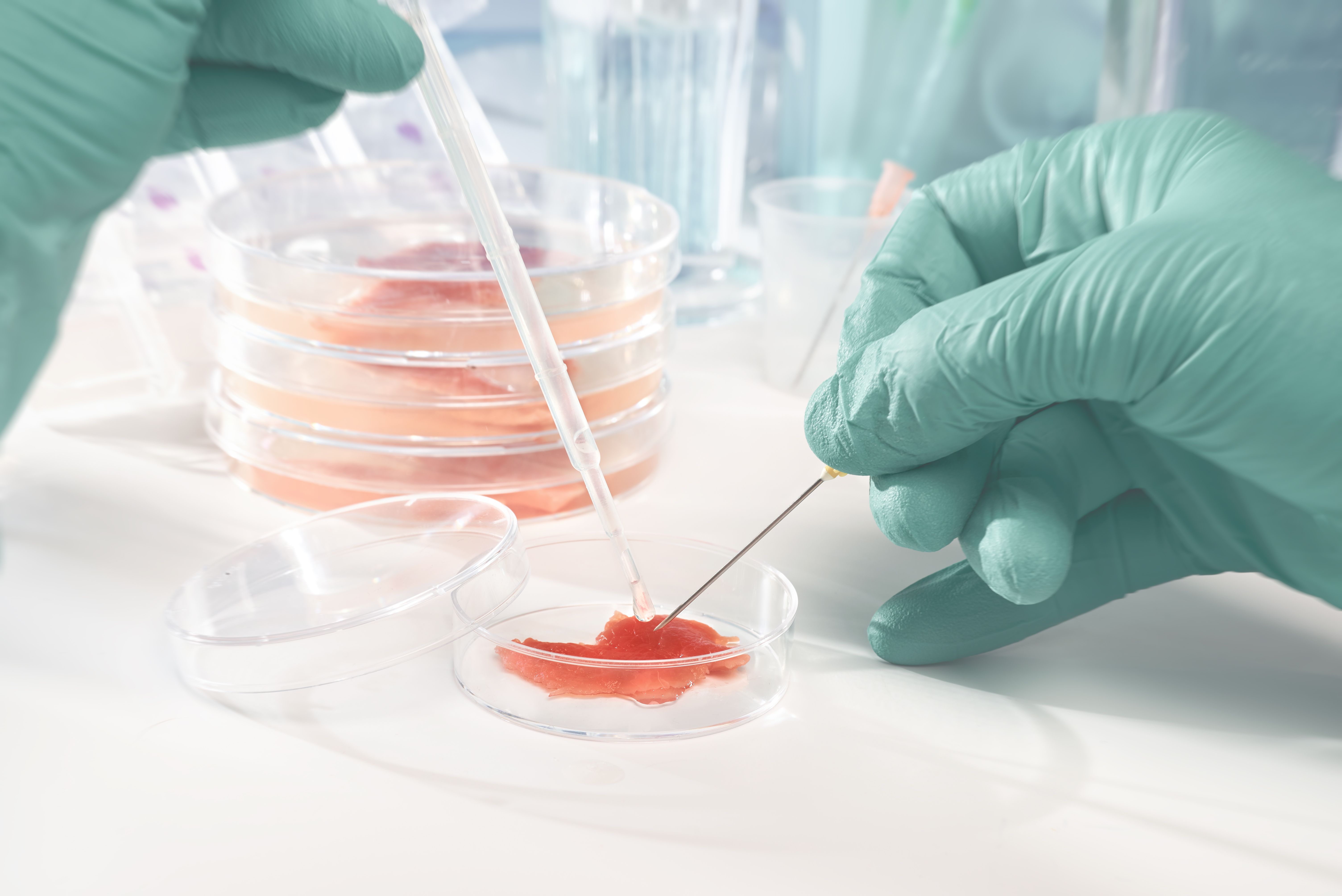 As James explained, skeletal muscle stem cells can be purified from a small muscle biopsy taken from an animal. These cells can then be grown in a lab with the use of a nutrient rich medium. Once the cells have divided enough times to produce sufficient numbers, researchers instruct the cells to start differentiating into mature muscle fibres, eventually creating meat we can eat.

At present this process remains very expensive and reducing the cost of this process is one of the many important challenge’s companies are now grappling with.

Of course, grown in this way the lab-grown clean-meat contains only muscle cells; traditional meat contains other cell types, such as fat cells and connective tissue, which give meat its taste and mouth feel. James believes that the next step in clean-meat production is being able to grow meat with the right mixture of cells, a ratio that could eventually produce a customisable steak! However, James admits that the most likely clean-meat product to first hit our shelves will be some form of burger or processed meat.

Could this lab-based clean-meat replace the current meat industry? Possibly, although James doesn’t think this will happen in the near future. How quickly clean-meat builds momentum and market share will depend on both the cost of the product and consumer opinion.

Keeping the consumer firmly in mind, JUST inc are targeting products with strong ethical concerns, such as foie gras (duck liver). Instead of force-feeding corn to ducks via a feeding tube, the researchers at JUST inc are trying to culture liver cells in a medium containing high-levels of fatty-acids to create lab grown foie gras.

While James’ own research at the University of Melbourne is primarily focussed on better understanding the regulation of skeletal muscle stem cells for applications in regenerative medicine, his work has many implications for optimizing cellular agriculture techniques.

Dr James Ryall is a member of the Centre for Stem Cell Systems, in the School of Biomedical Sciences

First published by the Centre for Stem Cell Systems.