School snakebite experts in the media

Australia and PNG share similar venomous snakes but while only four people a year die from snake bites in Australia, it is estimated 1000 people die in PNG.

He explained that many people walk around with no shoes through long grass, which can lead to many accidental snake bites.

Dr Watts is part of a collaborative project between Australian and PNG scientist working to bring life saving snake antivenom to villagers that wouldn't usually have access to it. 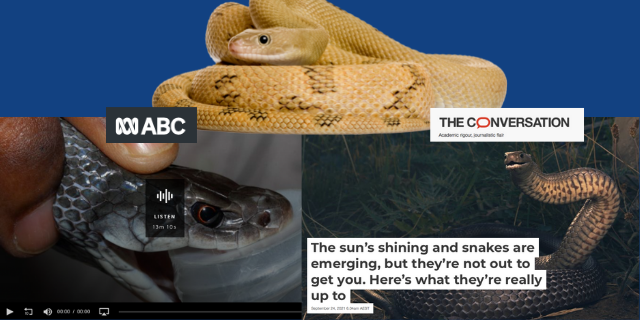 Timothy N. W. Jackson, Postdoctoral Research Fellow, and co-head of AVRU, also wrote for The Conversation: The sun’s shining and snakes are emerging, but they’re not out to get you. Here’s what they’re really up to.

Whether you’re hoping to maximise your chances of seeing one of these shy, fascinating critters or wanting to avoid them at all costs, this article is for you.