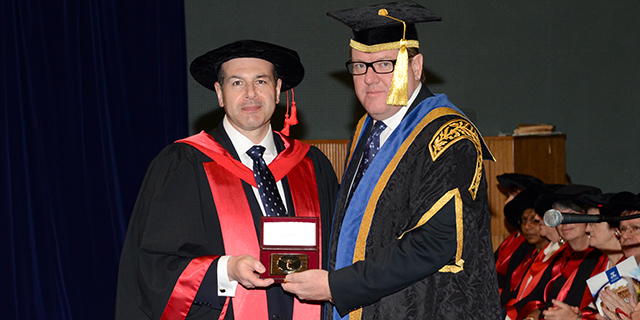 Congratulations to Professor Gordon Lynch, Head of Physiology in the School of Biomedical Sciences, for being awarded the prestigious Woodward Medal in Science and Technology.

The Woodward Medals, established by former Chancellor Sir Edward Woodward and his wife, Lady Woodward, are awarded annually to two members of staff for research published in the five years leading up to 31 December of the preceding year. One medal is awarded for Science and Technology and the other for Humanities and Social Sciences.

Professor Lynch received the Woodward Medal on Saturday December 5th during The University of Melbourne’s Graduation Ceremony at Wilson Hall.