How a young life lost inspired a future of hope 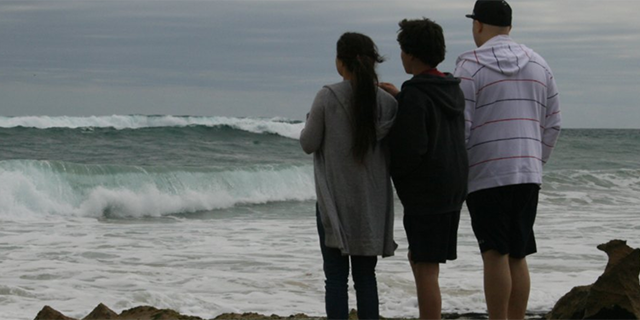 Adam Santucci was just 20 when he took his last breath, but his siblings decided it would not be in vain. His younger brother is now dedicating his life to cancer research, and 6 years on they’re ready to tell their story of heartache, hope and the dream to find new cures.

Adam Santucci was a thinker. A quiet young man, but someone who had time for everyone.

“A lot of people often said he was an old soul, he was mature beyond his years. He was a really grounded person and a happy boy. And he definitely lit up a room. His laugh, if you just heard his laugh,” remembers his sister, Gemma Santucci.

He never complained about pain, which is why his cancer went unnoticed throughout much of his final year of school.

“One of my parents’ friends, she was the head oncology nurse at Epworth, she was over for coffee one day and she noticed Adam’s skin colour was quite yellow and irregular. She realised something was wrong and she took him straight to the hospital,” Gemma says.

At the time Adam was 18 years old. He was diagnosed with acute lymphoblastic leukaemia, a cancer of the white blood cells. Gemma was 20, and their youngest sibling Jordan was then just 12 years old. The family just didn’t see it coming. Adam was determined to beat it and started chemotherapy and radiotherapy. Anything anyone suggested, he was willing to try.

“Adam was very clear on the fact that he was still Adam. He wasn’t cancer, and he didn’t let it become him and take over his life.”

He had been accepted into a Biomedicine university degree and he had big plans for his future. This was not one of them.

Initially it looked like treatment was working, and Adam went into remission, but a year and a half after his initial diagnosis, the cancer was back, and had spread to his hips and legs. Adam passed away before his 21st birthday. He had managed to complete a semester of university in between treatments.

“It’s so unnatural to lose a child, so I can’t imagine what sort of pain my parents must be in,” Gemma says, “but they’re still carrying us through this whole journey. They’re there for Jordan and I every day.”

Young Jordan was at this stage 14 years old, and made a decision. If there was no cure for this beast which took his big brother away from him, he wanted to find one.

He channelled his sadness into his school work, shutting himself in his room for hours at a time. Four years later he achieved a perfect score at the end of year 12 in the Victorian Certificate of Education, won the VCE Premier’s award and was offered medical scholarships at any Australian university he wanted to go to.

“Adam’s passing definitely contributed to the shift in my approach to studies. It changed what my goal was, to get into medicine. It was a motivation at the time to just get on with things. And now when things get tough in my studies, I just remember one of the main reasons why I’m doing it - for Adam.” 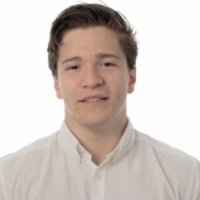 “For patients battling a terrible disease like cancer, an important part of the care they receive, besides all their medication, is the re-assuring compassion of doctors. And I feel like the inspiring thing about being a doctor is that you can be a source of hope for people who are in dire circumstances,” Jordan says.

Jordan is now in his third year of Biomedicine at the University of Melbourne – the course which Adam started. Last month he was awarded the Metcalf Scholarship at the Walter and Eliza Hall Institute of Medical Research, one of the biggest research centres in Australia. It’s meant even though he’s still only part way through his degree, he’s been able to start working in a lab which focuses on molecular immunology, a field that has gained traction in cancer research for helping unravel how the body’s natural immune responses might be harnessed to fight cancer. The team he’s learning from are studying what’s called the “natural killer cell,” a type of white blood cell which helps fight against tumours.

Jordan and his uni mates decided they also wanted to inspire and educate the next generation of cancer specialists. So they’ve developed a program for school students called the Australian Cancer and Health Sciences competition, which is sponsored by Cancer Council Victoria.

“My brothers are my heroes, both of them,” Gemma says. “Adam showed so much strength and courage, and Jordan is now using that to change the world. And for such a young man to be so inspiring… I am just so proud of him.”

“He’s fostered so much negative energy and channelled it into this really positive space. He’s honouring Adam’s memory in incredible ways and he’s going to make sure that less people experience the sadness that we had to.”

Adam’s story is the perfect example of why Daffodil day, on August 26th, is so important.

“One of the downfalls of the current system is that we have really talented scientists tied up with constantly writing grants. They’re constantly trying to chase the funding and I feel that if there was more money, scientists would be doing more of what they’re good at which is making discoveries to make a real difference.”

Gemma says living through tragedy has made her realise the most important things in life are the people you love.

“Every single day I think about Adam. I know how special he is and I want to be able to share that with other people.”

Cancer Council’s flagship annual fundraising and awareness raising event, Daffodil Day is coming up on August 26th.  To learn more and to support them, visit their website at www.daffodilday.com.au

This article first appeared on The Blue Room, Bupa. Click here to  view the original.