Congratulations to Professor Andrew Allen and his lead co-author, Dr Clement Menuet, on the acceptance of their paper for publication by Cell Metabolism 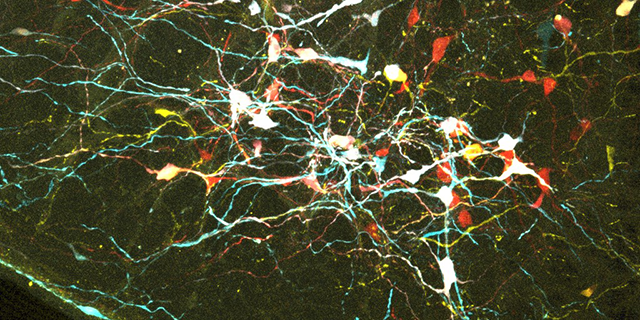 What causes the development of high blood pressure?

Breathing and blood pressure are functionally linked – think of the biathletes that regulate their breathing to slow heart rate prior to rifle shooting. These effects occur via the brain pathways that generate nervous activity to the heart and blood vessels – the sympathetic nervous system.

The new study, funded by grants from the NHMRC and the ARC, was led by Dr Clement Menuet, a McKenzie Fellow at The University of Melbourne, and Professor Andrew Allen and will be published in Cell Metabolism, a leading journal for metabolic and cardiovascular diseases.