Cells sense the health of proteins in a cell and detect and prevent unwanted protein aggregation, according to new research led by Professor Danny Hatters (Dept of Biochemistry & Pharmacology).

Published in the Molecular Cell journal on 19 July (AEST), the research study out of the Hatters Laboratory, showed inappropriate protein aggregation is linked to poor outcomes for cell health and survival – especially in neurons in neurodegenerative diseases.

The study investigated the molecular driving forces that cause misfolded proteins to stick together abnormally and looked at the impact on sticky proteins on the surrounding proteins in a cell, specifically how proteostasis systems detect these sticky proteins to prevent them from aggregating. “We found there were particular proteins that normally regulate protein folding – called molecular chaperones – that are very specific to detecting particular sticker patterns. This is an important finding since it informs how cells detect when proteins are aggregating abnormally,” said Professor Hatters. 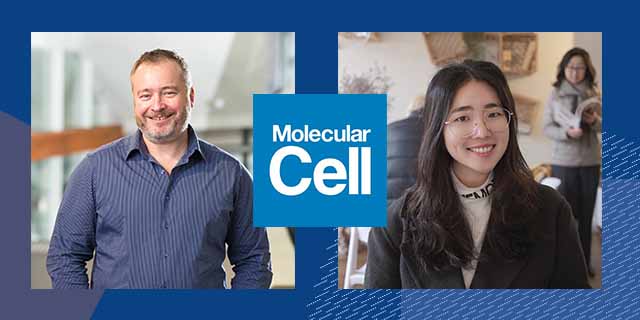 Proteins are fundamental to the functioning of cells and cell survival and proliferation requires proteins to fold and bind other proteins.

“When proteins don’t fold properly, intermediate “misfolded” forms – known as unfolded protein deposits (UPODs) – can stick together into aggregates. Such aggregates arise in many disease settings, when the molecular systems that govern protein folding and clearance “proteostasis” break down,” said Ms Choi.

The study highlighted proteins that were less stable were more likely to aggregate and be associated with disease. Findings suggest this is done through the inappropriate aggregation of misfolded forms with different subunits sensing different “sticker” codes that direct the aggregation. The proteins are involved in a wide number of diseases including cancers, congenital disorders, nervous system diseases, disorders of metabolism and skin diseases.

Specific patterns of stickers were found that were important to direct aggregation and which caused other surrounding bystander proteins in the cell to get co-aggregated.  The work showed that certain classes of amino acids were the best stickers – tyrosine and phenylalanine – and that the pattern of the amino acids was important for how bystander proteins were inappropriately co-aggregated and how molecular chaperones recognised the aggregates that formed. 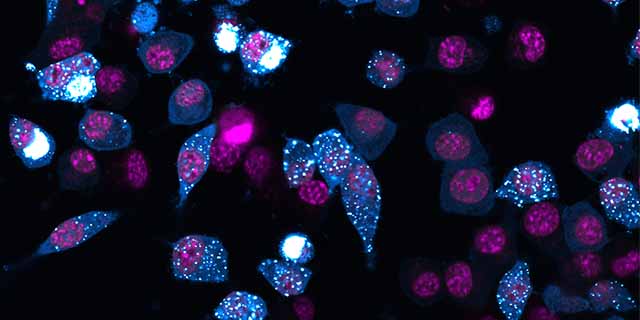 “The next step is to better understand the mechanisms of this. This may be useful in future efforts to reprogram cells to better clear out protein aggregates, such as in diseases where they accumulate extensively” said Professor Hatters.