There are several species of funnel web spider (Atrax robustus and Hadronyche sp.) found throughout Australia.  The best known of these is the Sydney funnel web spider, Atrax robustus. The male of this species is one of Australia's most dangerous spiders, and is thought to have been responsible for all 13 recorded deaths. While capable of causing death in as little as 15 minutes, no deaths have been recorded since the development of the antivenom in the early 1980s. 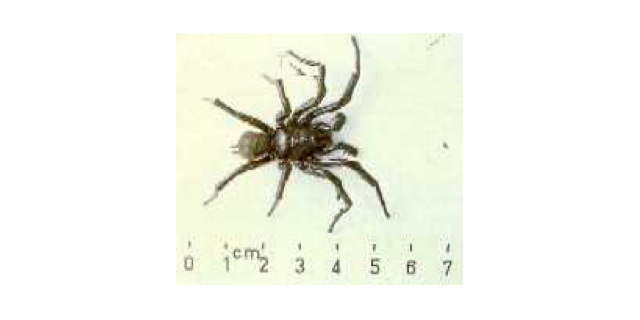 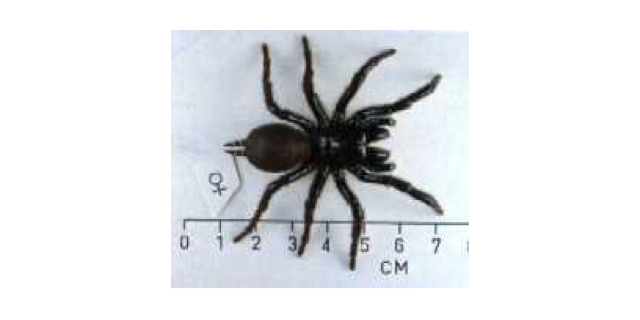 There are several species of funnel web spider found throughout Australia.  The best known of these is the Sydney funnel web spider, Atrax robustus. The male of this species (in the picture on the left) is Australia's most dangerous spider, and is capable of causing death in as little  as 15 minutes. The Sydney funnel web is a large, black aggressive spider with large powerful fangs.  It lives in burrows or crevices in rocks or around house foundations, lining the burrows with silk.  Colonies of more than 100 spiders may be found.  The male spiders in particular tend to wander into houses in the summer, especially in wet weather.  It is unusual amongst spiders in that the male appears to be more dangerous than the female.  It is also of note that the venom appears to particularly affect primates, whereas other mammals are relatively resistant.

Several other funnel web spiders species have been described throughout Australia, including the northern or tree-dwelling funnel web (Hadronyche formidabilis), found in northern New South Wales and southern Queensland, as well as species found in Victoria, South Australia and Tasmania .

A. robustus is found only within a 160 km radius of Sydney, although related species have been described all along the east coast of Australia, and one of these, the northern or tree-dwelling funnel web spider (Hadronyche fomidabilis), has been shown to be dangerous to man. 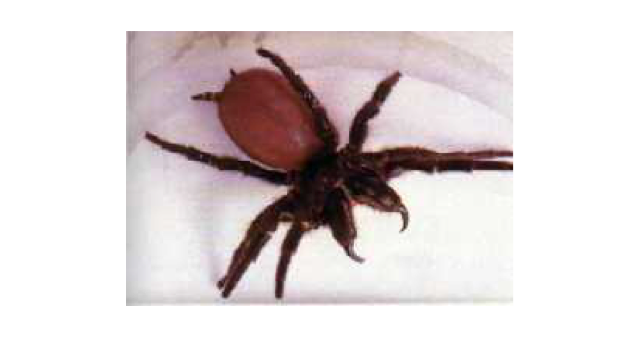 There is little information on the toxicity of most of these spiders' venoms, and the danger they may pose to man.  In most cases of bites by A robustus, little venom is injected and no symptoms develop.  None the less, first aid should be promptly applied and medical attention sought without delay.  If envenomation has occurred, the bite site may be extremely painful, although tissue necrosis is not seen.  There is some evidence that prolonged immobilisation of venom in the tissues may lead to inactivation. Symptoms can develop within minutes if effective first aid is not employed. Symptoms and signs of envenomation include: Numbness around the mouth and spasms of the tongue, nausea and vomiting, abdominal pain, acute gastric dilatation, profuse sweating, salivation, lacrimation, piloerection.

Prior to the development of the Sydney funnel web antivenom in 19801 and it's clinical introduction in 19812, there had been 13 known fatalities associated with bites from this spider.  Since the antivenom has been in use, no deaths have been recorded, and time spent by bite victims in hospital has been greatly reduced.  Most bites occur in the warmer months, and are predominantly sustained on the extremities.  The pressure immobilisation method of first aid should be employed for bites by any large black spider in the Sydney area, since the illness caused by funnel web bites may be rapidly progressive and death may ensue within minutes to hours.  Children are especially at risk, due to their lower body weight and the potential for multiple bites to occur if the spiders are handled.