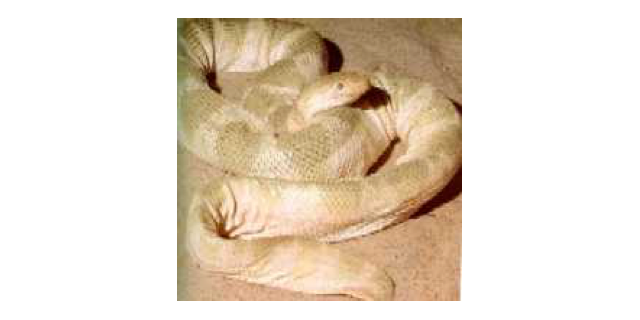 Sea snakes are readily identified by their flattened tails and valvular nostrils. They are, of course, excellent swimmers and divers, feeding on fish and eels.  They shed their skins much more frequently than land snakes, as often as every two weeks.
The young are born alive at sea, except for those of the banded sea krait (Laticauda colubrina), which comes ashore to lay its eggs.
All sea snakes are venomous, and rhabdomyolysis is a major feature of sea snake envenomation, resulting in muscle pain, tenderness and sometimes spasm.  Myoglobinuria develops after 3-6 hours. The bite itself is not particularly painful, and may go unnoticed, distinguishing it from envenomation by stinging fishes or jellyfish, both of which usually cause immediate and often excruciating pain. 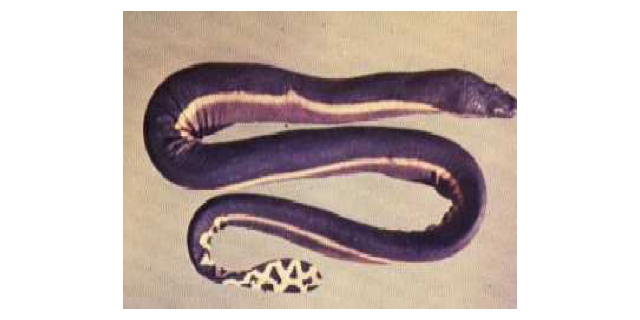 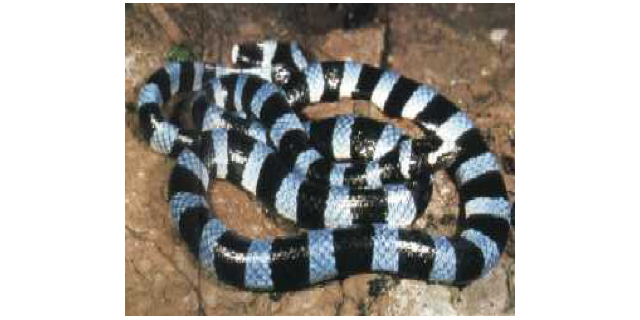 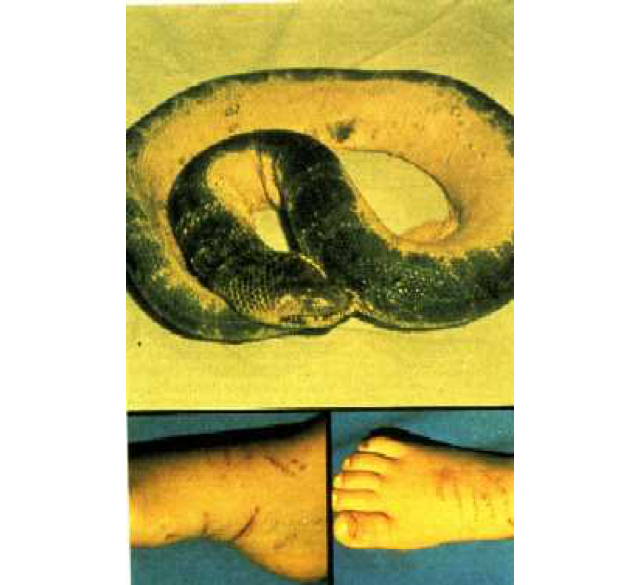 Wounds to the victim and the culprit responsible.
(Photo Dr H. Mercer)