Wide world of venom - the platypus

Try to imagine an egg-laying, lactating, nipple-less, toothless, stomach-less, venomous mammal. Believe it or not, this creature actually exists! With its unusual combination of reptilian and mammalian traits, it’s easy to see it has evoked wonder and disbelief in many of those who have encountered it. This week in the wide world of venom series, we introduce the enigmatic platypus. 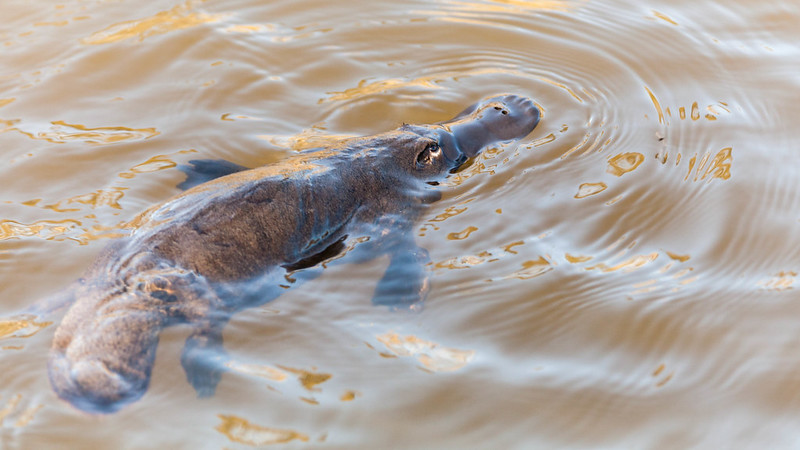 “Why Platypus is special”

The Australian aboriginal Dreamtime stories describe the events that mark the creation of the natural world and its inhabitants. There is a dreaming that tells the story of “why Platypus is special”. It begins with the Ancestor Spirits of the birds, of the land creatures, and of the water creatures, telling of why each group is special – flight and laying eggs for the birds, fur and running fast for the land creatures, and swimming for the water creatures. Each of the groups holds its own special meetings, and each invites shy Platypus to join their special family. However, after much deliberation and consultation with his friend Echidna, he respectfully declines all offers. He explains that he shares characteristics with each group, and therefore does not need to join any one group to be special. “But it’s not only me - ” he says, “each of us has something that makes us special in our own very special way”. They all agree, and from that time onward Platypus has been known as very wise and very special. 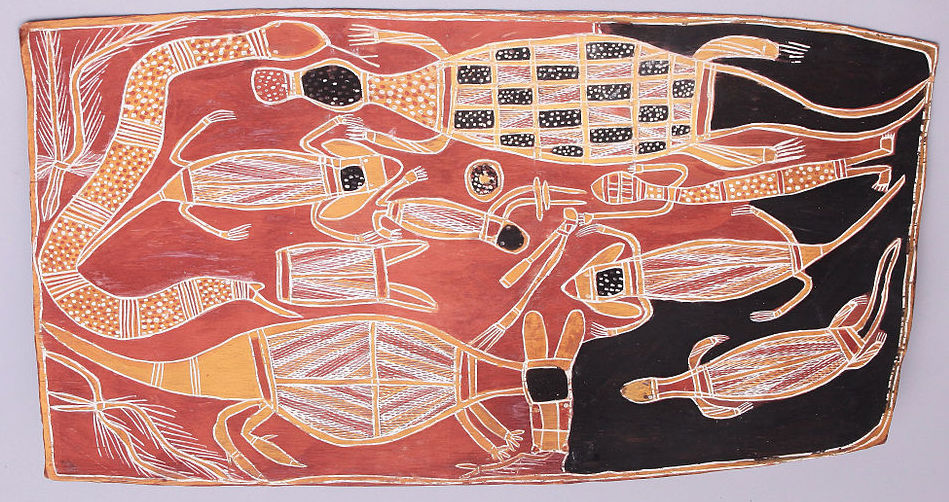 Each animal group has its own special traits, but the platypus has been classed a very special creature ever since the Dreamtime – and I’m inclined to agree. Image: Original artist unknown; bark painting c1900-1966; Arnhem Land, Northern Territory. National Museums of World Culture, Wikimedia commons, CC4.

The platypus (Ornithorhynchus anatinus) belongs to the mammalian order of Monotremata, whose members (the platypuses and the echidnas) are distinct from all other mammals chiefly because they lay eggs. The sauropsids, the lineage that gave rise to reptiles (including birds), and the lineage that gave rise to therapsids (mammal-like reptiles) split around 315 million years ago (Mya). Lactation – a trait that unifies all mammals – evolved within these primitive therapsids. The common ancestor of the monotremes (traditionally also known as prototherians) diverged from this lineage around 166 Mya but retained a number of their ancestral reptilian characteristics, including egg-laying. In parallel, the highly derived therians, which includes the placental and marsupial mammals, evolved many of the traits that we now commonly associate with the class Mammalia, such as viviparity (live birth). 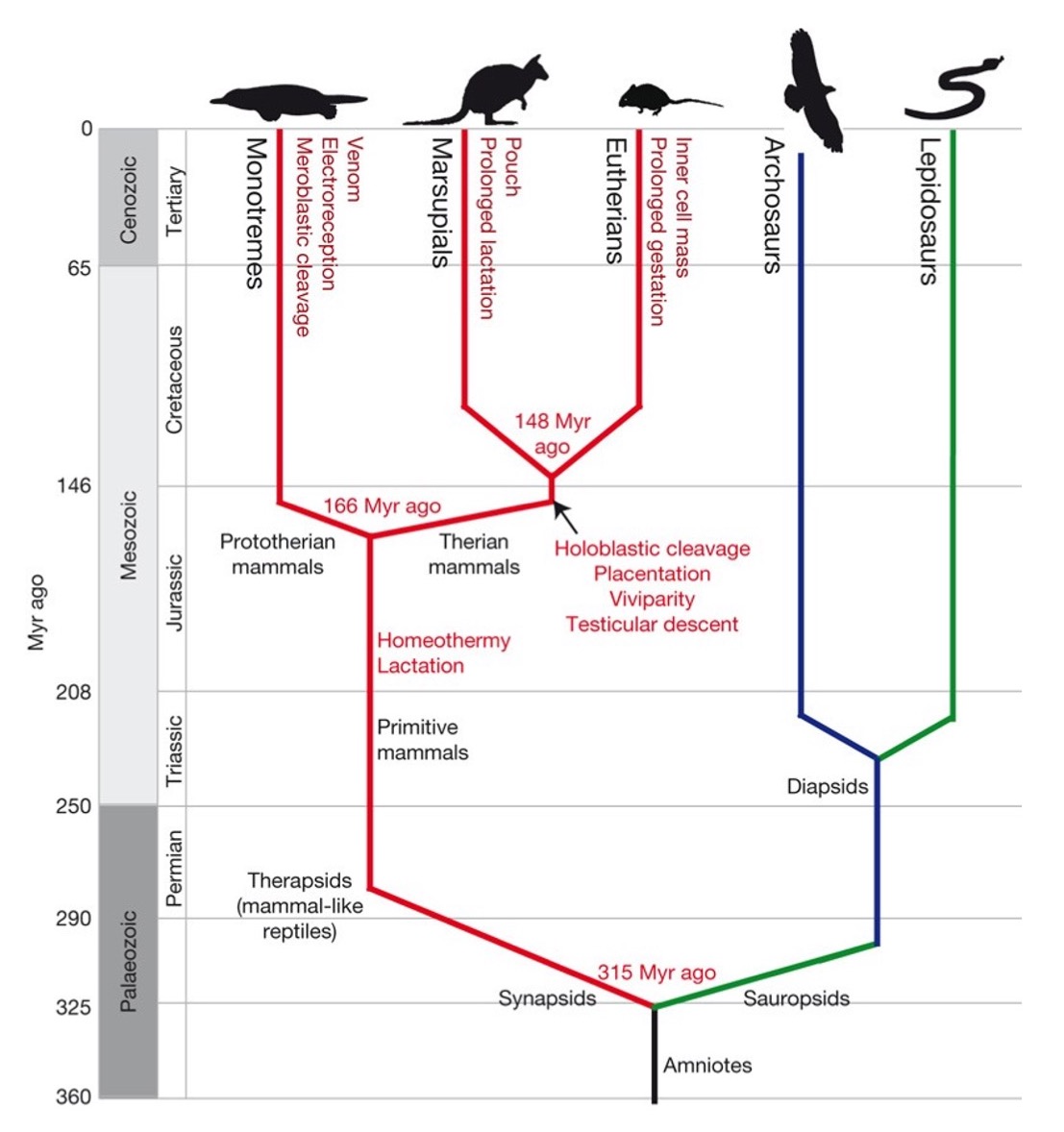 Amniotes split into the sauropsids (leading to birds and reptiles) and synapsids (leading to mammal-like reptiles). These small early mammals developed hair, homeothermy and lactation (red lines). Monotremes diverged from the therian mammal lineage ∼166 Myr ago and developed a unique suite of characters (dark-red text). Therian mammals with common characters split into marsupials and eutherians around 148 Myr ago (dark-red text). Geological eras and periods with relative times (Myr ago) are indicated on the left. Mammal lineages are in red; diapsid reptiles, shown as archosaurs (birds, crocodilians and dinosaurs), are in blue; and lepidosaurs (snakes, lizards and relatives) are in green. From  Warren, W., Hillier, L., Marshall Graves, J. et al. Genome analysis of the platypus reveals unique signatures of evolution. Nature 2008, (453) 175–183, CC3.

The monotremes are famous for their mishmash of ancestral reptilian and derived mammalian traits, as well as a few altogether unique features. The platypus uses both mechanoreceptors (that provide touch sensitivity) and electroreceptors (that detect electrical currents) in its bill to locate the freshwater invertebrates that it feeds upon. Being toothless, an uncommon feature amongst mammals, the bits of coarse sediment it gathers along with its prey help to mash its mouthful before swallowing. In what may be considered a classic case of “use it or lose it”, the monotremes have essentially lost their stomachs, instead having an oesophagus that connects directly with the intestine. Given that the common ancestor of the extant monotremes was aquatic and that this phenomenon is also common amongst fishes, it may ultimately reflect a diet associated with an aquatic lifestyle. For example, the acidic stomach may be of limited value in digesting a diet rich in the calcium carbonate that forms the exoskeleton of many aquatic invertebrates, as this basic compound neutralises acid.

Monotremes have the sprawling gait and skeleton of a lizard along with the lower jaw and inner-ear structure of a therian mammal. Platypuses possess 52 chromosomes (including 10 sex chromosomes) – some big and some “micro”, reminiscent of sauropsids (birds and reptiles). Also like sauropsids, they possess a single genito-urinary opening (the cloaca) and their testes are contained within their abdomen, yet they produce a suite of testicular hormones common to their therian relatives. The platypus spermatozoa, which uniquely form bundles of around 100 sperm, visually reflect the thread-like structures of sauropsid spermatozoa; however, within the sperm their chromosomes are arranged in a defined order – like in therian mammals. The platypus ovum is encased by a protein layer that is unique to mammalian ova, but once fertilised it cleaves in a manner akin to that of sauropsids. After around 20 days of gestation, the platypus lays 1-4 small (4-14 mm), soft-shelled eggs, which hatch after around 11 days of incubation (watch a monotreme hatching here!). The puggle (juvenile platypus) is poorly developed upon hatching and feeds on milk that it sucks from a patch of its mother’s nipple-less, lactating abdominal skin – a trait thought to have evolved in early mammals from humidifying, antimicrobial secretions that maintained optimal conditions for incubating their soft-shelled eggs. After 3-4 months, the young are ready to leave the burrow.

In short, the monotremes possess a plethora of features that represent a “living” evolutionary link with their therapsid ancestor, which was likely a furry, egg-laying, lactating, reptile-like, endothermic creature. And if all this doesn’t make the platypus interesting enough, it has one more trait that sets it apart from its mammalian cousins – the males are venomous.

Illustration of a male platypus from The Naturalist’s Miscellany, written by George Shaw and illustrated by Frederick Polydore Nodder, published in twenty-two volumes between 1789 and 1813. Image by Giles Watson, CC2.

Venom within the ancient and extant monotremes

Male platypuses have a crural (relating to the leg or thigh) venom system, with paired venom glands situated on the dorsocaudal (dorso = back, caudal = tail) side of the pelvic area and ducts that connect to hollow, keratinous spurs on their hind legs. Young females also have vestigial spurs, which are lost within their first year. In developing males, the gland is thought to migrate from the inner thigh region to the dorsocaudal surface, where it increases in size in parallel with the developing testes. A similar seasonal crural system, including vestigial spurs in females, is also evident within the echidnas. The echidna gland exudate does not contain venom, though a small number of transcripts expressed in the gland share a high degree of similarity to those of platypus venom. The echidna fossil record is sparse and for this reason little is known regarding the evolutionary relationship between the echidna and platypus families, which may have split anywhere between 17-90 Mya. However, some researchers believe that the crural system of the extant echidnas represents a regressed venom system, and that the common ancestor of the monotremes may too have been venomous. Molecular analyses indicate that at least one component within the platypus venom originated around 192 Mya, which predates the divergence of the monotremes.

Left: Anatomical drawings of a platypus from The Naturalist’s Miscellany, illustrated by Frederick Polydore Nodder, Image by Giles Watson CC2. Middle: The venom spur of a male platypus; Right: the ventral view and spur of an echidna; Images from Whittington & Belov, Tracing Monotreme Venom Evolution in the Genomics Era. Toxins 2014, 6(4), 1260-1273, CC3.

In adult males, the glands fluctuate in size throughout the year and attain a venom capacity of up to around 4 mL during the breeding season (watch a platypus being milked here). The role of venom in the platypuses is not clear, but due to this association with reproductive cycle it is thought that they may use their venom primarily during competition with other males and secondarily as a defensive weapon against predators. During envenoming, the platypus wraps its hind legs around the target and drives its spurs into their flesh with substantial force. While platypus envenoming is capable of killing dogs, the venom does not appear to be lethal to other platypuses or to humans. The crural gland is thought to be a derived sweat gland, and the venom it secretes contains at least nineteen proteins belonging to three major toxin groups: C-type natriuretic peptides, nerve growth factor, and defensin-like peptides. In an interesting example of convergent evolution, these proteins have been co-opted from the same gene families as a number of reptile venom toxins. Platypus venom disrupts haemostasis (blood regulation), cell membranes, and nociception (pain regulation) to cause nausea, swelling, and excruciating “whole-body” pain that lasts for weeks in humans and cannot be alleviated by morphine. Nerve-blockers instead must be used for pain relief, which suggests that platypus venoms may contain compounds that could be clinically useful.

All in all, it is easy to agree that this egg-laying, lactating, nipple-less, toothless, stomach-less, “duck-billed”, venomous mammal is indeed a special creature!