Did you know that some snakes can go up to two years without eating!? Find out how in this week's instalment of sneaky snake facts by Bianca op den Brouw.

This picture from last time may have led you to wonder – how often do snakes eat? And how do their bodies cope with such a huge meal? This week, we find out! How often do snakes eat?

Well, that depends. It’s not uncommon for predatory animals to go a few days between meals. It can actually be pretty tough trying to catch other animals – especially since they don’t want to be eaten! But snakes take this to the extreme. They can range from eating a meal nearly every day to only once in a whole year! It depends a lot on the species of snake, its age and size, and the size of its last meal.

Snakes that are young and growing quickly need to eat more often than adults in order to fuel their growth, and smaller species tend to need food more frequently than bigger species. Another key factor is predation strategy.

Snakes that are active predators go out hunting as often as they can, using their forked tongues to help them track down a meal. These snakes tend to have long, thin bodies so that they can be fast and agile hunters – like the Australian brown snakes. However, all of this slithering and searching uses up a lot of energy, and their lean bodies have limited energy reserves. So, these active species tend to eat fairly often – say, a couple of times a week, or once every few weeks, or maybe even longer. It all depends on how successful they are when they go hunting.

Other snakes are ambush predators, including pythons and vipers. They may sit in one spot for a very long time (sometimes for months!) without moving, waiting for a meal to pass by. These snakes’ bodies are typically thick and powerful, so that they can strike quickly or overpower their prey. Their solid bodies provide more room to store energy reserves, and sitting still for so long means that they don’t use up much energy. But it also means that they have to be pretty lucky in order for their dinner to walk right past their mouth. These species of snake often go many weeks or months without a meal. In some cases, such as the African rock python in the top picture, landing a very big meal can keep them going for up to two years!

How can snakes go so long without eating?

This is linked to metabolism. Metabolism is the process of converting fuel (in the form of food) into the energy and chemicals that are needed to power and maintain the body. The metabolic rate of an animal relates to how quickly these processes are occurring. In simple terms, the more active the animal’s body processes, the higher its metabolism. And the higher its metabolism, the more fuel is needed. Metabolic reactions also generate energy in the form of heat. This is why you get so hot during exercise.

Some animals, such as mammals and birds, are endotherms (endo = within, therm = heat). This is also called being “warm-blooded”. Endothermic animals have a stable core body temperature (usually around 37°C, but this varies depending on the species). Any big change in body temperature is very harmful, so they must keep it constant. Metabolic heat helps them do this. As a result, endotherms tend to have a high metabolism in order to generate enough heat.

Hummingbirds flutter so quickly that even in high speed photographs their wings are just a blur. David Denicolò CC2.

However, a lot of fuel is needed to power a high metabolism – like adding logs to keep a fire burning. For example, in one single second a hummingbird’s wings flutter around 80 times, their tongue can lick 13 times, and their heart beats 20 times! But the high energy intake needed to power all of these processes means that they need to eat the equivalent of half of their body weight in sugar every day.

Snakes, however, are ectotherms (ecto = external). You may have heard this as meaning “cold-blooded”, but this term doesn’t really give us the whole picture. Being ectothermic just means that they cannot generate their own body heat, and so they rely on heat from the environment. This is why snakes or lizards bask in the sun at the start of the day. Therefore, on a cold and overcast day they will indeed be “cold-blooded”; however, on a warm and sunny day, they will have warm blood - maybe even warmer than your own! 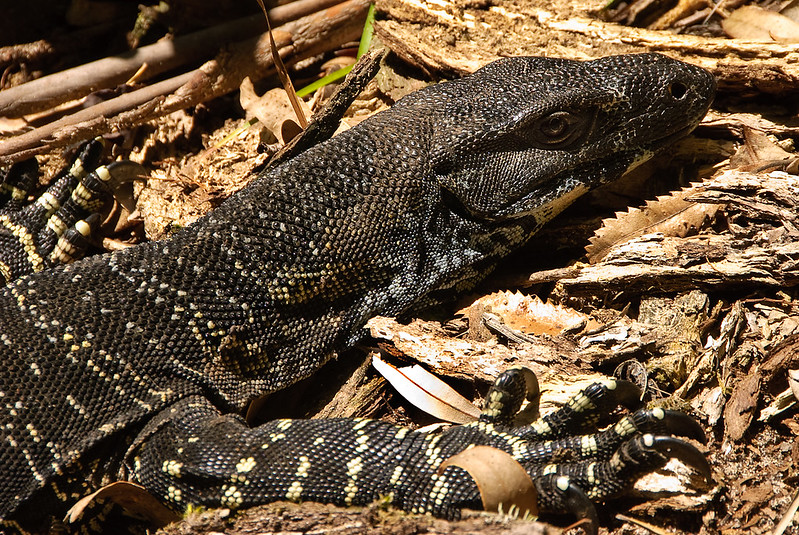 As a result, their body processes are also able to adjust to a range of temperatures without it being harmful to the animal. As they cool, their metabolisms slow down too. Therefore, as snakes can get their heat periodically from the sun’s energy rather than relying on metabolic heat, they generally have a very low metabolism. This means they need less energy to function and do not need a constant supply of food. This enables them to survive for long periods of time between meals.

Impressive, isn’t it! While animals with a low metabolic rate can survive on less food than those with a high metabolic rate, going for two years without food would certainly be an extreme case, even for snakes. But it is indeed possible, and this is because they have a few extra tricks up their sleeve.

Thanks to being ectothermic, a snake’s metabolic rate is low to begin with. Incredibly, during periods of fasting they can slow things down by a further 70%. As they starve, snakes essentially shut down many of their body functions. Their metabolism steadily slows as their digestive system stops, their organs shrink, and they stay very still. Reducing these body systems conserves a lot of energy. Their body shape can also change as they take fats and nutrients stored in the body and reuse them for essential functions or even convert them into muscle and bone for growth. That’s right – not only can they fast for months on end, but they can even grow longer at the same time! 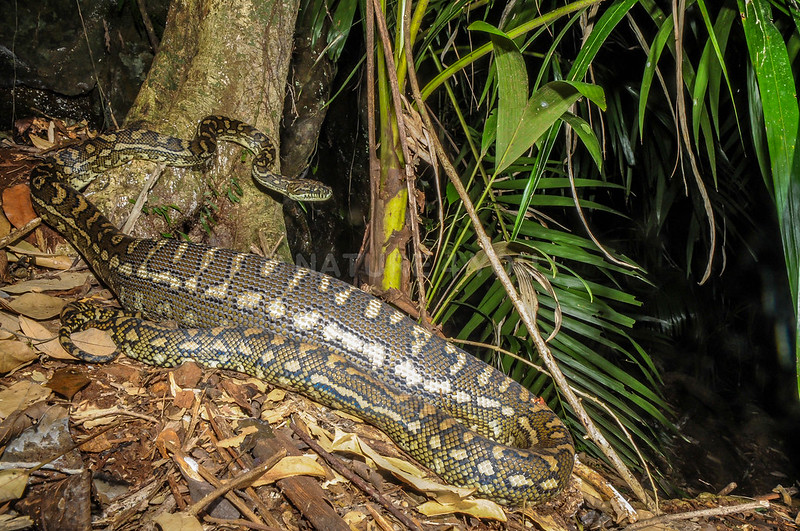 A carpet python (Morelia spilota) heading off to do some digesting. Scott Eipper CC2

After going hungry for so long, some snakes may eat a meal that weighs even more than they do. Can you imagine eating a pile of food as big as you are? Going from one extreme to the other would kill many animals – but not snakes! In order to digest and process this sudden huge intake of energy, their bodies go into overdrive. Their organs swell up by around 50%, and their metabolic rate goes up by 45 times and stays this high for as long as it takes to digest the meal (as much as a few weeks). An energy increase like this is the equivalent of a racehorse galloping at full speed for weeks without stopping. So while it may look like a snake with a full belly is sitting and doing nothing, on the inside it is very hard at work digesting, restoring, and repairing its body back into top condition.

Thanks for joining us as we uncover some of the interesting and amazing traits in the world of snakes. If you have any questions that you want us to answer in our next blog, feel free to drop us an email. Stay tuned for more sneaky snake facts coming soon!