The Drug Discovery Laboratory uses chemical biology approaches to develop novel peptide compounds for use against a range of therapeutic targets. Following design of the compounds, the candidate molecules are synthesised in our laboratory and evaluated using appropriate in vitro and in vivo assays. Data from these assays is then used to hone the design process, with the goal of producing more active compounds that are specific to the drug target, thus limiting potential off-target effects.

Our current work is focused on developing peptide mimetics of loops in neurotrophin proteins, specifically brain-derived neurotrophin factor (BDNF) and neurotrophin-3. Our BDNF peptide mimetics are being applied as chemical biology tools to study neurotrophin signaling related to the growth of myelin in the peripheral and central nervous systems. Most recently the two lead compounds in our lab have been published demonstrating the ability to selectively promote myelination in either the peripheral or central nervous system (CNS), following a demyelinating injury. In the context of the CNS myelination, this may have implications for future treatment of multiple sclerosis.

As co-head of the Drug Design Laboratory in the Department of Pharmacology & Therapeutics, A/Prof Hughes has a long-standing interest in the design and development of small molecule mimetics of proteins as potential therapeutics. This requires an interdisciplinary approach, combining computational chemistry and structure-based drug design, peptide synthesis, pharmacology and neuroscience. 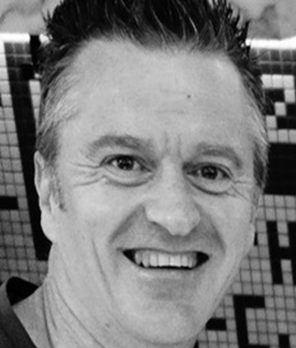 Susan has two main research interests: (1) development of peptides that mimic loops from proteins/receptors, which may be developed as chemical biology tools and/or therapeutic leads, and (2) studying the pharmacokinetics of peptides, including enhancing their ability to cross cellular membranes. She has notably published her work in PNAS, the European Journal of Medicinal Chemistry, and Angewandte Chemie. “MS and new ways of regenerating our brain's insulation", published in Pursuit, 28 August, 2018.