The latest research from Professor Katherine Kedzierska’s lab group makes case for the advantage of vaccination in children.

Unvaccinated children mount a rapid immune response to SARS-CoV-2 which may contribute to less severe symptoms, but which may also limit the development of an immune “memory” response to ward off future infections, a study led by the Peter Doherty Institute for Infection and Immunity (Doherty Institute), University of Melbourne, has found.

Published in Immunity, the study is among the first to analyse the immune response of children following infection with SARS-CoV-2, using new technologies and a group of more than 50 children from Melbourne and Los Angeles.

The Kedzierska Laboratory and collaborators found that unvaccinated children that developed antibodies against SARS-CoV-2 also produced memory killer T cells – the cells responsible for recognising and fighting off subsequent infections, even against other variants of concern. However, these memory T cells were fewer in number in children when compared to adults. 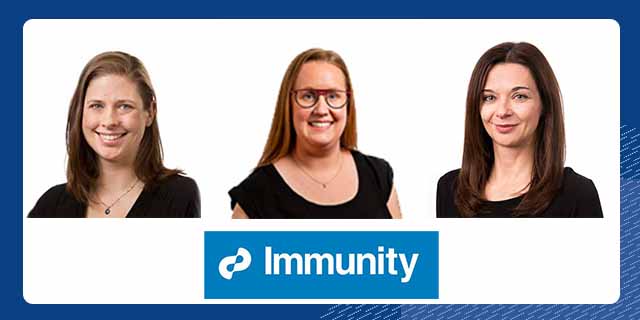 “Memory killer T cells are essential for protection against severe disease in the future and while we observed these T cells in children, they were at a lower frequency compared to adults” Dr Rowntree said.

“We also found that not all household contacts who were exposed to SARS-CoV-2 generated memory T cell responses” Dr Rowntree said.

The study’s co-senior author, Dr Carolien van de Sandt, Research Fellow in the Department of Microbiology & Immunology at the Doherty Institute, said that these killer T cells are especially important in protection against new SARS-CoV-2 variants, even those which are no longer recognised by antibodies.

“The killer T cells in our study target fragments of the virus that are highly stable and therefore provide protection against severe disease even when antibodies fail to recognise the variant” Dr van de Sandt said.

Professor Katherine Kedzierska, (Laboratory Head, in the Department of Microbiology & Immunology at the Doherty Institute) said that immunity to SARS-CoV-2 infection in children is greatly understudied.

“It is important to continue researching how children’s immune system fights COVID-19, especially as worldwide vaccination rates in children fall far behind that of adults."

“Our study makes a case for why vaccination of children should be considered a major advantage, as COVID-19 vaccines specifically aim to induce memory T cell and B cell responses. These are the key components of our immune system which protect us against subsequent SARS-CoV-2 exposures, even when new variants emerge.” Professor Kedzierska said.

This article was originally published by the Doherty Institute on 9 June 2022.