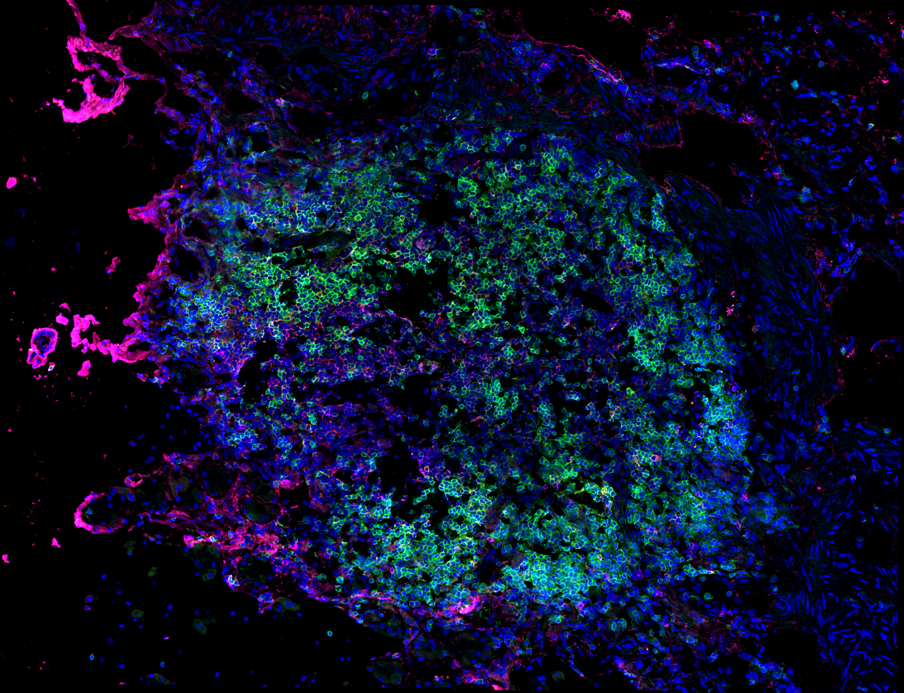 Image of MAIT cells in the stomach

Mucosal associated invariant T cells, or MAIT cells, have previously been found to be important in fighting bacterial infections, and are known to be great targets for immunity because everyone has them circulating in their systems.

"One of the questions we wanted to answer is whether these MAIT cells would congregate at the site of flu infection, the lungs, and provide protection," Dr Loh said.

"Not only did they accumulate in the lungs, but their also showed signs of activation, which is important for killing the infection through an immune response."

The findings are very significant as the numbers of MAIT cells in mice are a great deal lower than in humans, so it's possible that the impact of MAIT cells on an influenza infection in people could be just as robust.

"We are able to show that we could increase MAIT cell numbers in mice by boosting and activating MAIT cells through specific vaccination," Dr Loh said.

"It would require further investigation, but perhaps we could boost MAIT cells in susceptible people, like the elderly to help protect them during an acute influenza event, which would act as an immunotherapy."

This research was published in Nature Communications on 9 November 2018.