A Melbourne researcher has found a new avian influenza virus in Antarctica, causing concern viruses could be reaching the continent more often than previously thought, potentially having implications for the health of the unique species of birdlife. 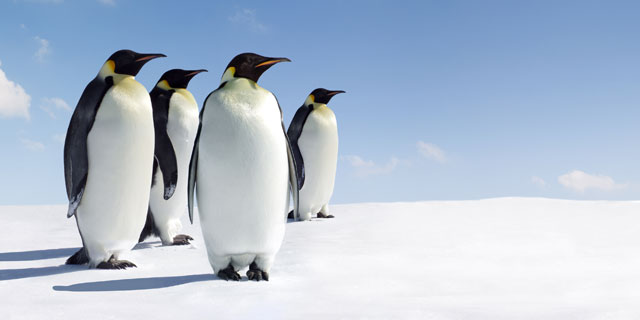 Associate Professor Aeron Hurt from the WHO Collaborating Centre for Reference and Research on Influenza at the Peter Doherty Institute for Infection and Immunity (Doherty Institute) – a joint venture between The University of Melbourne and The Royal Melbourne Hospital – travelled to Antarctica together with collaborators to survey penguins and other birds between 2013 and 2015.

In 2013, Associate Professor Hurt discovered a particularly unusual avian influenza strain in the penguin populations, which had evolved over many years to be substantially different to any other avian influenza viruses around the world.

In this most recent project, two viruses were identified; the first was very similar to the one discovered in 2013, but the second was similar to a North American strain, highlighting it had only been recently introduced to the region.

“This is a concern because avian influenza viruses that can be deadly in many birds have recently circulated in North America,” Associate Professor Hurt explained.

“The virus that we discovered on this project does not seem to cause any illness in the birds, but the fact that it is down on the Antarctic Peninsula shows that there is potential for deadlier viruses to also travel down there.”

The Antarctic Peninsula is too far south to be part of the major global flyways migratory birds commonly take, but there are a few birds that do migrate there from North and South America.

Associate Professor Hurt said this research was significant as it provides more insight into how avian influenza moves around the world.

“Antarctica is a fragile environment and one where fairly unique species of birds live,” he said.

“The impact of a pathogenic influenza virus, one that causes death or severe illness in birds, would have a really devastating impact.”

“By understanding the potential flyways and links of how influenza viruses enter the Antarctic Peninsula and how frequently that may occur can help assess that risk.”

While there isn’t much in the way of treatment for avian influenza in wild birds, Associate Professor Hurt said that trying to avoid wild birds becoming infected with viruses occurring in poultry farms could potentially limit the devastation.

“If outbreaks of a pathogenic virus were starting to be seen in poultry farms in the southern parts of South America for example, we could try and stamp them out as soon as possible, trying to prevent wild birds from being infected.”

This research was published in the Journal of Virology and is part of a collaboration with University of Concepción, Concepción, Chile. The sampling was funded by INACH, the Chilean Antarctic Institute.

This article was first published in the Doherty Institute website on 20 September 2016. View the original article.