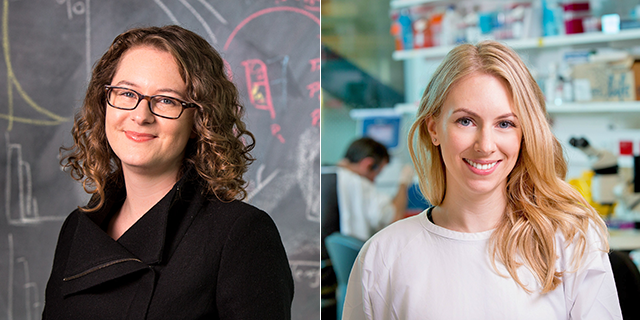 The Howard Hughes Medical Institute (HHMI), the Bill & Melinda Gates Foundation, the Wellcome Trust, and the Calouste Gulbenkian Foundation recently announced the selection of 41 International Research Scholars (from 16 countries), who are recognised as early-career scientists poised to advance biomedical research across the globe.

“This is an outstanding group of scientists who will push biomedical research forward worldwide, and we are thrilled to support them alongside our philanthropic partners,” said David Clapham, HHMI’s Vice President and Chief Scientific Officer.

Our warmest congratulations to Kat Holt and Laura Mackay on receiving these prestigious awards. This is a great achievement which is a further endorsement of the very high calibre of research within our School.

Australia is well-represented in these awards receiving six of the 41 offered this year, with five going to research scientists in the Medical Research Precinct in Parkville, Melbourne.

Our congratulations to the other Australian HHMI-Wellcome International Research Scholars: