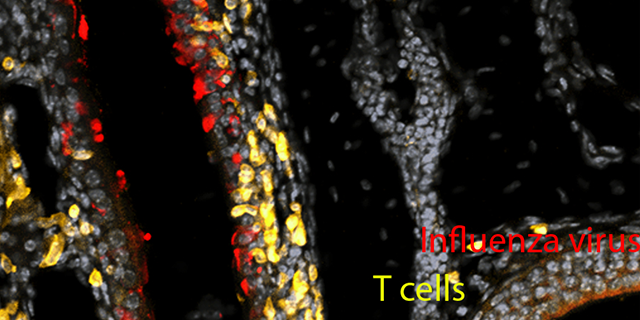 It has previously been established by the present researchers, and others, that resident memory CD8 T cells (Trms) located in the lungs provided very good protection against different strains of influenza infection. The difficulty is that such protection wanes over a period of time because the Trms populations did not persist within the microenvironment of the lung, for reasons that are not understood at present. 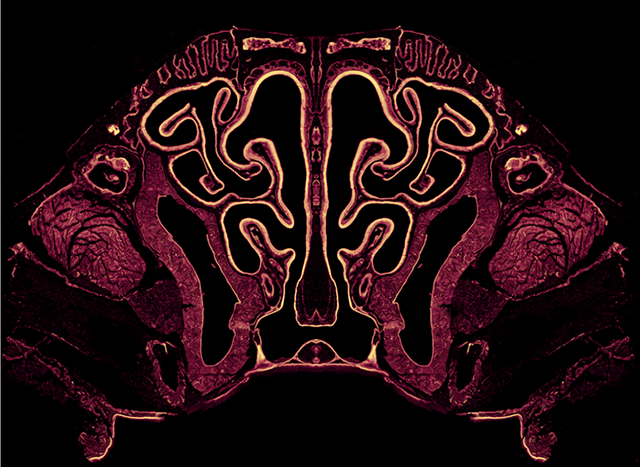 The findings showed that in the mouse model, a population of resident memory T cells persists in the nasal tissues unlike those in the lung which decline.  But more importantly, these specific flu fighting Trms were very active in preventing infection from establishing in the nasal tissues, and its subsequent spread to the lungs. Effectively the influenza virus could be stopped “at the gates”.

This raises the exciting prospect of a “one-shot” flu vaccine that could be administered once and would provide life-long protection. The reason for this is that present vaccines are directed against external parts of the virus which can vary in structure. The Trms instead recognise internal components of the virus which are highly conserved and are not easily modified.

Future research will be to develop the best strategies for establishing flu fighting resident T cells in the nasal tissues with the ultimate goal of developing a new vaccine that provides long term protection against influenza.