Australian researchers have discovered the secret behind stopping malaria parasites in the liver, uncovering a new vaccine strategy. 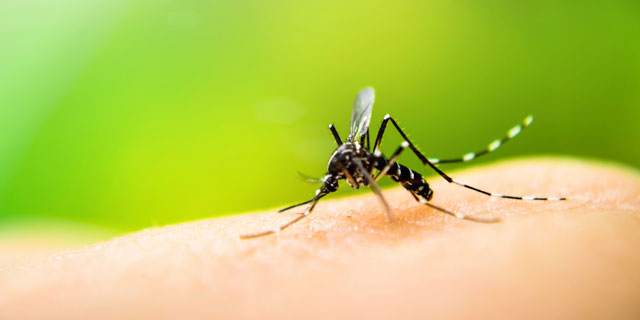 Scientists from the University of Melbourne at the Doherty Institute, the Biomedicine Discovery Institute at Monash University, and the Centenary Institute developed a unique ‘prime and trap’ vaccine method, which when tested in mice, gave complete protection against malaria.

With more than 200 million cases and almost half-a-million deaths each year worldwide, mostly of children under five[1], there is an urgent need for a malaria vaccine.

The team of scientists, co-led by University of Melbourne Professor Bill Heath and Associate Professor Irina Caminschi from the Monash Biomedicine Discovery Institute, identified a new type of immune cell that stays in the liver – liver-resident immune cells – guarding against malaria infection.

Fellow researcher on the study, Dr Daniel Fernandez-Ruiz from the University of Melbourne at the Doherty Institute, said malaria infections start in the liver before travelling further in the body.

“Once bitten by a malaria-carrying mosquito, the parasite quickly makes its way to the liver. After a few days, the infection progresses into the blood, which causes life-threatening symptoms,” Dr Fernandez-Ruiz explained.

Liver-resident memory immune cells do not recirculate through the body, but permanently guard the liver where they are ready to fight infections immediately. Unlike circulating memory cells – previously considered important for fighting liver infections – they don’t need to spend time migrating to the infected liver from elsewhere in the body.

“We found that liver-resident memory immune cells were more efficient against liver-stage malaria parasites than circulating memory cells because of their ability to immediately recognise and efficiently kill parasites before they progress to the blood and cause disease,” Dr Fernandez-Ruiz said.

The research team used this discovery to develop a ‘prime and trap’ vaccine method that is completed with two injections. The first, a ‘priming’ injection, sets the immune response in motion, boosting the army of malaria-specific immune cells in the body and helping to attract them to the liver.

Associate Professor Caminschi said the second ‘trapping’ injection pulls an abundance of these immune cells into the liver and then converts these cells into liver-resident immune cells to permanently guard the liver from malaria infection.

“This discovery opens a new door for the design and development of the most efficient malaria vaccine to date,” she said.

“Once vaccinated, these immune cells trapped in the liver effectively protected against malaria infection.”

Dr Patrick Bertolino, Head of the Liver Immunology Program at The Centenary Institute collaborated on the project.

This research was published in the journal Immunity on 28 September 2016.

This article first appeared on the Doherty Institute website. View the original article.