As one of Australia's most influential and effective teachers of medical microbiology prepares for retirement, his legacy in global science and medical circles lives on. Here's how. 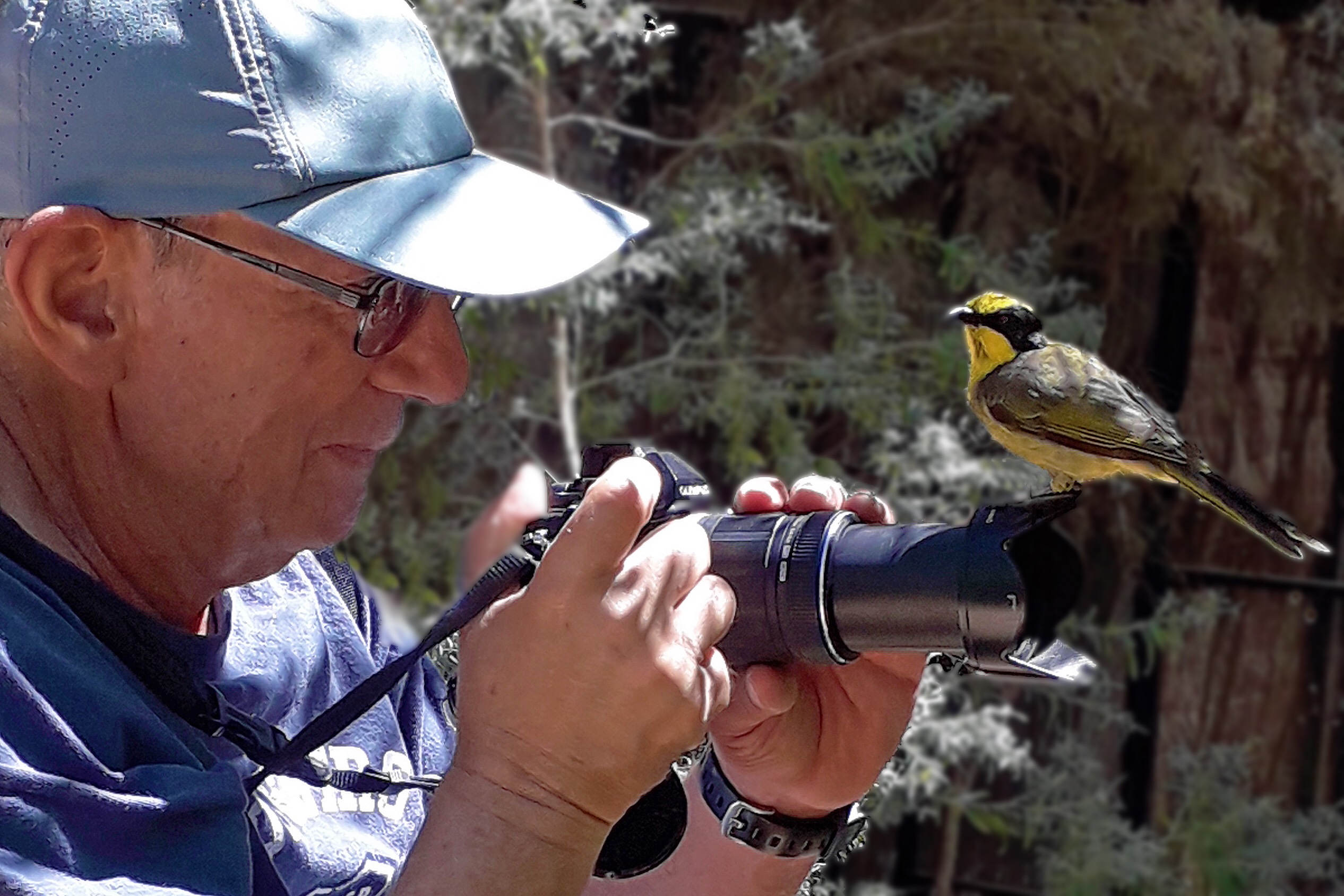 Professor Roy Robins-Browne sits in his office on the sixth floor of the Doherty Institute – which he named after playing a pivotal role with Professor Jim McCluskey in its 2014 inception.

Piles of journals about preventing, treating and curing infectious diseases tower around his desk. Comics depicting science-related gags are pinned to the wall.

It's been 36 years since the clinical microbiologist and research scientist moved to Melbourne from South Africa, appointed by the late Professor David White as a microbiology teacher and researcher in 1982.

Now 71, Roy calculates having taught more than 5,000 science and 10,000 medical undergraduates. He's also supervised more than 40 Bachelor of Science Honours students and 30 plus PhD students – several who are now full Professors and leaders in microbiology across Australia in their own right.

One of those is Professor Paul Johnson, Deputy Director, Department of Infectious Diseases at Austin Health. "Roy is a gentleman scientist," reflects Paul, who did his PhD with Roy in the mid-1990s. "He is brilliant in his field, broadly interested in the world, ethical to a fault and a lovely human being."

Roy is also considered Australia's best-known researcher in pathogenesis of bacterial entheropathogens. He has co-authored more than 300 peer-reviewed articles and book chapters and, together with his collaborators, been the recipient of more than $35 million in competitive grant funding. Roy's research resulted in a commercial anti-ETEC antibody-based product, Travelan. 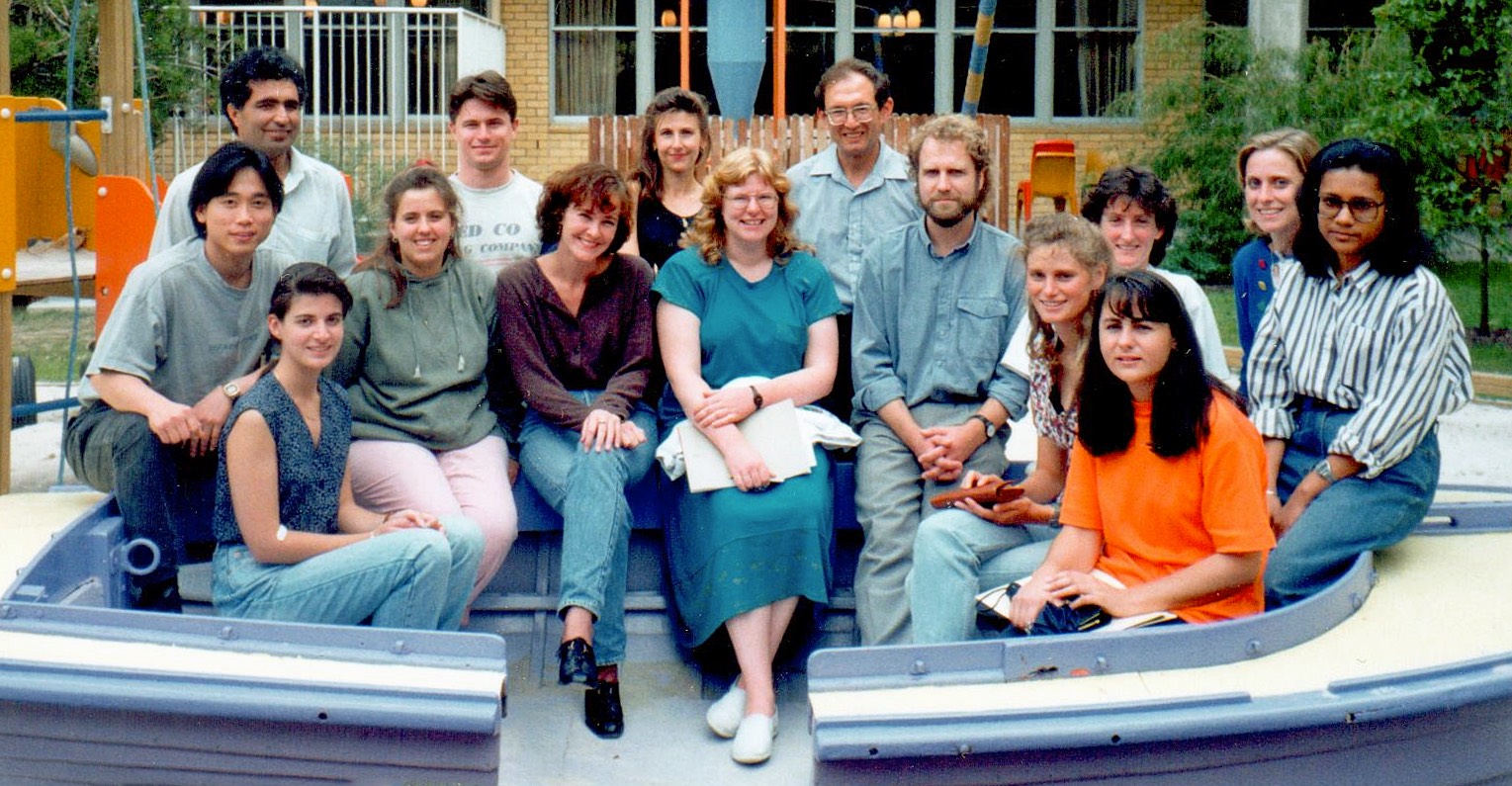 Professor Roy Robins-Browne (back row, fourth from the left) with his lab in 1992

It was during high school when Roy developed a love for science and maths: "I particularly liked explaining it to other students," he recalls. "It was an assumption that I would do medicine because my father was a doctor. He died when I was 12 and I went on to study medicine and then completed a PhD at the University of Witwatersrand in Johannesburg."

Having enjoyed laboratory medicine, Roy became a pathologist before moving to Australia with his young family.

It was here he established his reputation as an engaging and highly intelligent teacher. His achievements in microbiology were recognised by his receipt of the 2014 Rubbo Orator and Medal from the Australian Society for Microbiology and election to the American Academy of Microbiology in 2016. In the same year, he received the University of Melbourne's David White Award for Teaching Excellence.

However, Roy's three daughters, all of whom studied medicine at the University, were always quick to pull him up if his famous stories waned or his scientific witticisms fell flat. "I taught them all microbiology, and they are my greatest achievements," he says, "although my wife, Gail, deserves most of the credit. Our eldest, Kate, did a PhD and is working as a GP, Nicole is a pediatrician and Karen an emergency physician."

"They were receptive students, but it was also humbling – or should I say ego-bashing – which was great because their friends would come around to my place and say, 'That joke you tried to tell, Roy, I wouldn't try that one again!'"

Roy and Professor McCluskey alternated as Head/Deputy Head of the Department of Microbiology and Immunology from 1998-2012. During this period, it became the top-ranked Department at the University for both teaching and research.

One of Roy's proudest moments was handing over the reins as Head to his former Honours and PhD student, Professor Elizabeth Hartland, who is now Director and CEO of Melbourne's Hudson Institute of Medical Research.

Roy was also the inaugural Director of Microbiological Research at the Royal Children's Hospital and is co-leader of the Infectious Diseases and Microbiology Group at the Murdoch Children's Research Institute.

The major focus of Roy's research is the varieties of E. coli that cause diarrhoea, with the aim of identifying better ways to diagnose, treat and prevent these infections. He also has a keen interest in antimicrobial resistance and the development of new types of antibacterial agents to overcome this.

Roy's interest in E. coli emerged during his PhD research and flourished after he took up a fellowship at the Center for Vaccine Development of the University of Maryland in Baltimore, USA, in 1979. There he met Professor Myron (Mike) Levine, who has dedicated his career to working in developing countries on the epidemiology, treatment and prevention of infectious diseases.

After sharing a 40-year intellectual bond and friendship, Mike says Roy's pioneering research made him a global authority on enteropathogenic E. coli. "During a period in Australia when enterohaemorrhagic E. coli was responsible for severe – sometimes fatal – haemolytic uraemic syndrome in young children, Roy was also the Australian expert on this pathogen."

Another key piece of research was with Professor Paul Johnson to develop a definitive diagnostic test for Buruli ulcer following an outbreak of infection at Phillip Island in the 1990s. This test is now used world-wide and is more important than ever for Victorians, with the recent surge in cases reported across the Mornington and Bellarine peninsulas.

"This finding would not have happened without Roy's wise counsel, trust in people and his pulling power as a mentor and leader in microbiology research," Paul says. 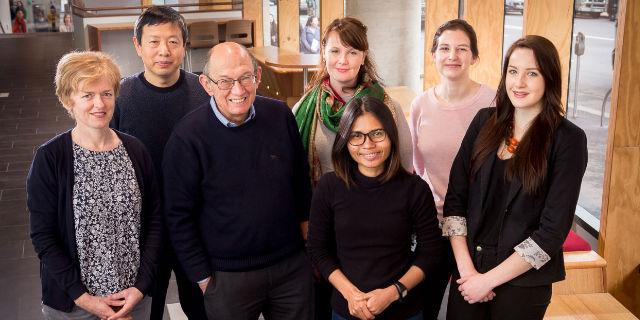 While Roy concedes he now relies on "old-fashioned research techniques", he loves learning from current and past students, peers and other global leaders.

"I've learned much about 'new-age' microbiology from Danielle [Ingle]," he says about his recent PhD student, who is now a Postdoctoral Fellow in Genomic Epidemiology at the Australian National University.

Pending financial support, Roy's most elegant work may still be ahead of him. Together with a talented team of graduate students and postdoctoral scientists, including Drs Ji Yang, Diana Hocking and Maria Tauscheck, he found a novel way to prevent the threat of bacterial infections by interfering with the signals bacteria use to recognise they are in their host. It's this new era of exploration that excites Roy most at present.

Contemplating retirement while looking out of his office window, Roy knows his days will be quickly consumed.

Between this new research, the prospect of preparing online teaching material, and his pursuits beyond microbiology – hiking, fly fishing, travel and photography – finding time to read through his backlog of journals will be a challenge.