Christine directs Stemformatics, an online encyclopaedia of hundreds of high-quality stem cell studies from other researchers vetted and archived by Christine’s team. They’ve amassed an enormous amount of data about genetic activity in certain stem cell types at many stages of development.

To find trends across the studies, Christine called on Kim-Anh’s statistical expertise. 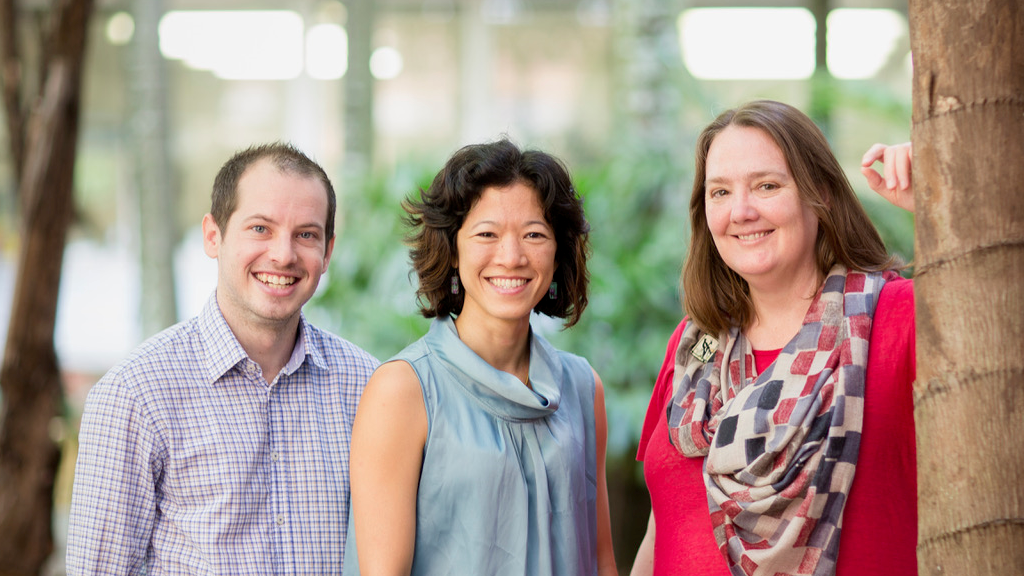 “The partnership with Kim-Anh became very exciting because she brought a very creative and rigorous approach,” Christine says.

Kim-Anh’s solution was to develop a new, purely statistical way to compare the studies in the Stemformatics catalogue. “We asked: what is the common information between all these different data sets?” says Kim-Anh.

They found that a kind of adult stem and progenitor cells called mesenchymal stromal cells (MSCs) share a unique set of genetic molecules regardless of which tissue they have come from. This allowed them to be distinguished from other, similar cells in the tissue they live in.

The path to stem cells that can reliably regenerate tissues is to first understand the design principles that make any cell what it is.

“It was the first time that  anyone attempted to bring all these disparate data sets together and we could find a very reproducible signature of these MSCs,” says Christine.

The next step, predicting the behaviour of the cells, requires looking at their protein signatures as well as their genetics. Protein data is often scarce, but Kim-Anh has found ways to identify correlations between genomic and protein signatures that allow her to “fill in” missing protein information.

Christine and Kim-Anh’s collaboration is slowly revealing the design principles that make specific cells what they are, which raises  the possibility of making hybrid stem cells that combine features from different kinds of existing cells.

For example, Christine’s  laboratory is currently working on lab-made macrophages, the immune cells that eat up cellular garbage, invading germs and cancer cells. The designer macrophages could perform new functions such as making and delivering medicines.

“The next generation of cells for regenerative medicine will be made for specific purposes. We’re moving away from using existing cells to actually designing what we need,” says Christine.

Professor Christine Wells are Dr Kim-Anh Le Cao members of the Centre for Stem Cell Systems; Professor Wells is the Director of the Centre.